Wyrmwood: Road of the Dead (Trailer)

IFC Midnight’s upcoming Wyrmwood: Road of the Dead promises to take viewers on an action and gore-packed ride through the Australian outback. Described in its ad campaign as “Mad Max Meets Dawn of the Dead,” it even includes the outlandish premise that zombie guts can be used as an alternative fuel for their cars. 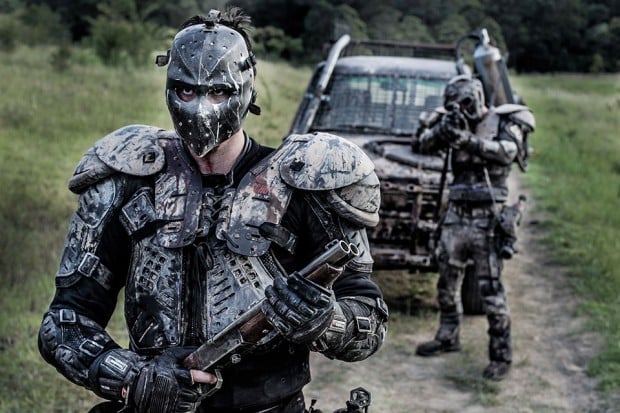 Zombies invade the Australian Outback in this brain-splattered, Mad Max-meets-the-undead thrill ride. When an apocalyptic event turns everyone around him-including his wife and daughter-into marauding zombies, everyman mechanic Barry arms himself to the teeth, soups up his car, and hits the road in order to rescue his sister from a deranged, disco-dancing mad doctor. Bursting with high-octane car chases, crazy-cool homemade weaponry, and enough blood-and-guts gore to satisfy hardcore horror fans, WYRMWOOD: ROAD OF THE DEAD takes the zombie flick to bone-crunchingly berserk new heights.

Sounds good to me. We’ll have to wait until February 13 to find out if Wyrmwood lives up to the hype. 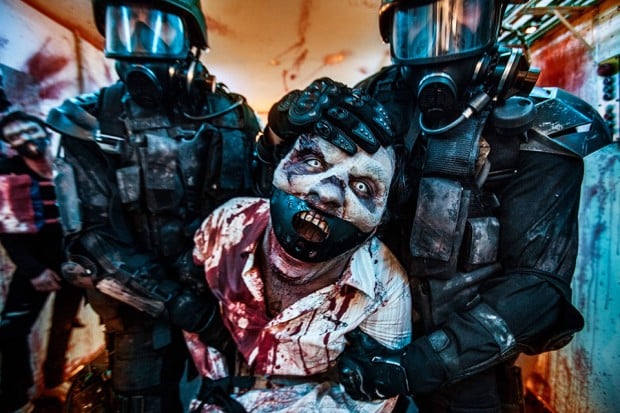