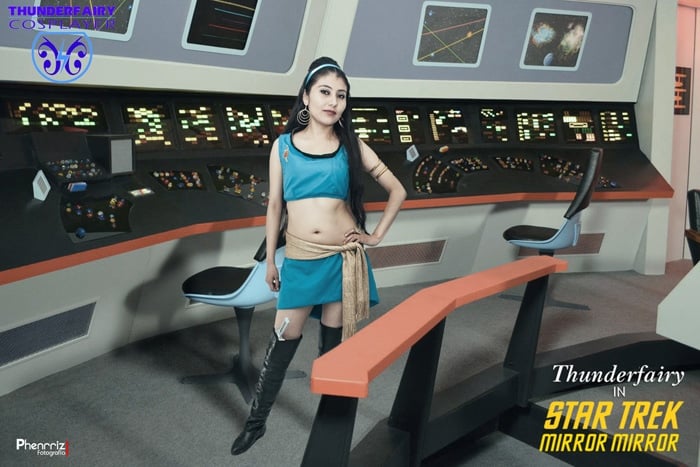 It is widely agreed that Mirror, Mirror is one of the best of the original Star Trek episodes. The crew enters a parallel universe, where everything is backwards. The Federation is bad, Spock has a beard, they carry knives instead of phasers, cats and dogs probably even lived in peace in this universe. This cosplay based on the classic episode comes from Thunderfairy and it is beautiful. The photography was done by Phenrriz Fotografia.

Thunderfairy is a crew member from this parallel universe and she looks born to play the part. I’m not sure who is lovelier, Thunderfairy or that magnificent colorful bridge set. She would make a perfect Deanna Troi in that outfit as well. 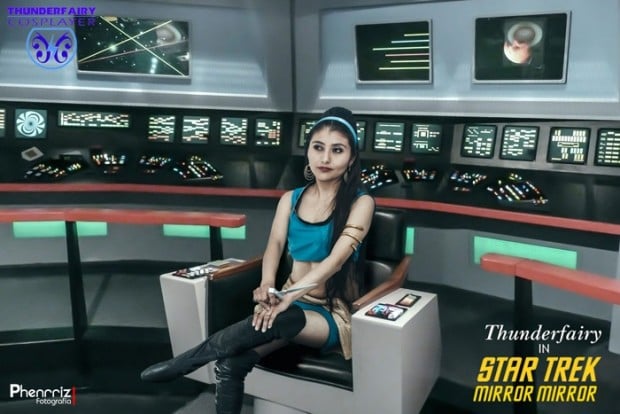 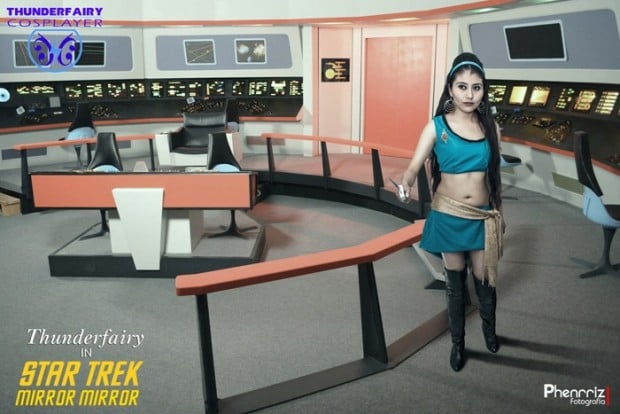 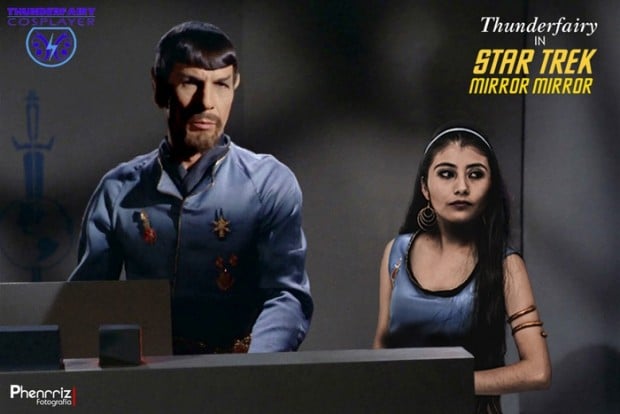