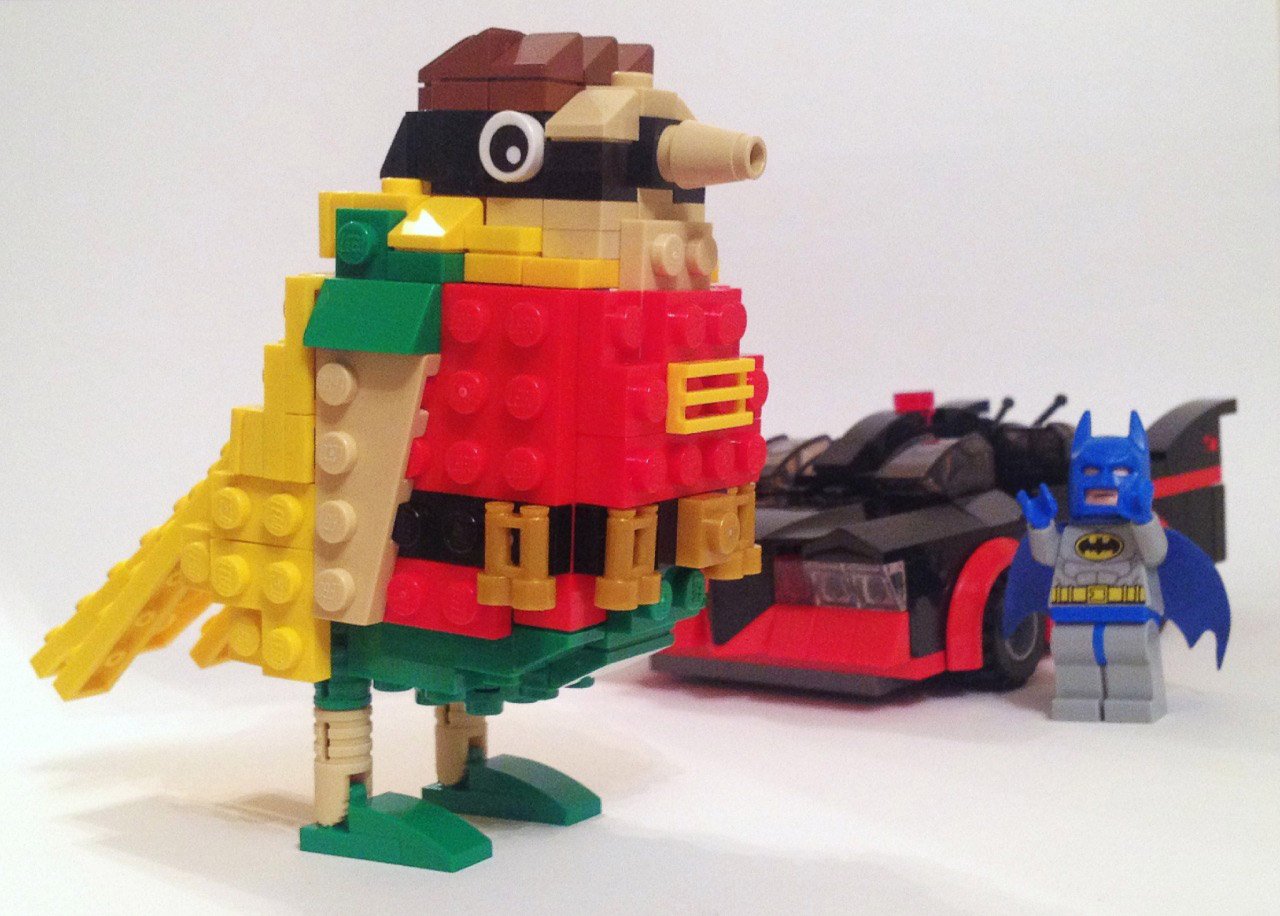 This has got to be one of my favorite LEGO builds in a while. It may be small, but it’s hilarious. Brick builder Barry aka “Cake in Milk” created this awesome interpretation of the Robin the Boy Wonder as an actual robin. Robin the Bird Wonder, if you will.