A Closer Look at the Force Awakens’ Millennium Falcon 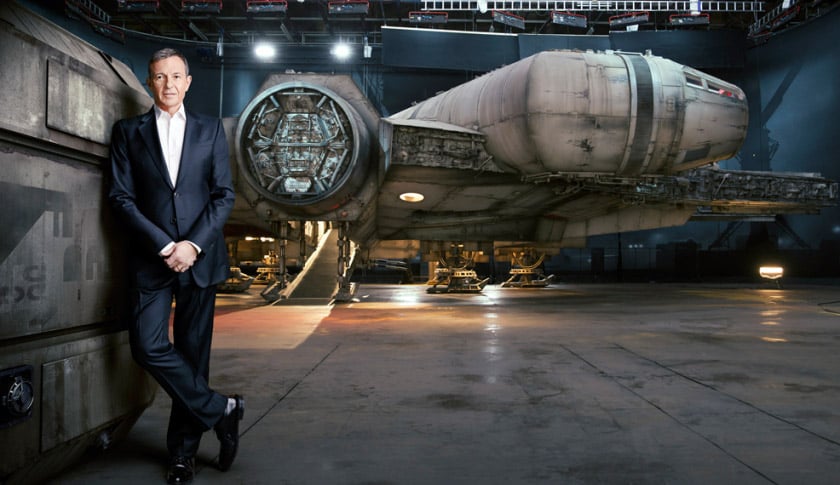 Disney’s CEO Bob Iger is on the cover of this month’s Fortune magazine, and he brought a special treat with him. A ship that we all know and love. The magazine’s feature story is focused on the exec’s work which has made Disney into the biggest studio ever. However, some of us don’t care about any of that. We just want to see the Falcon.

The cover shot has a nicely detailed look at the latest film’s version of the Millennium Falcon. Basically it looks as amazing as ever and even has a replacement satellite dish for the one damaged in the original trilogy. Inside of the magazine there is also a shot of Iger standing in front of the Falcon that was created by Industrial Light & Magic. I’m pretty sure this issue of Fortune is going to sell well. Call it a hunch. 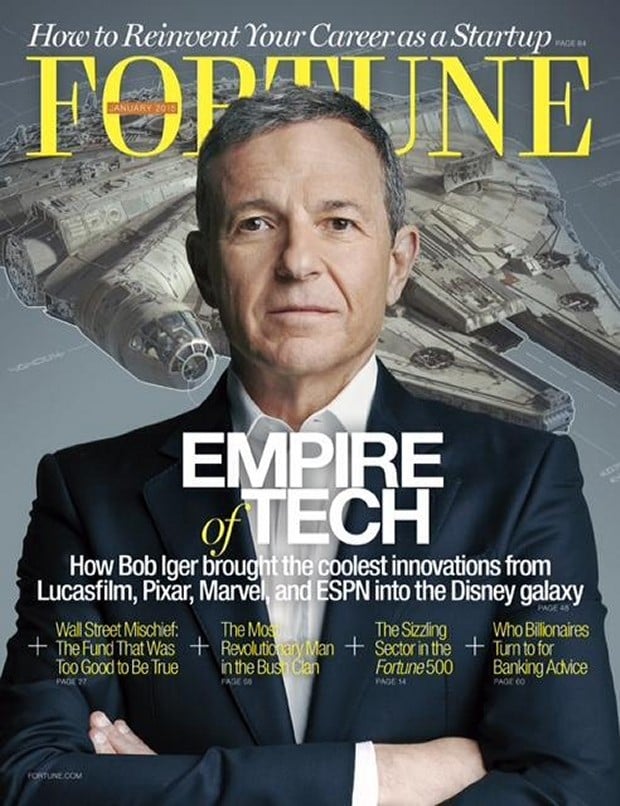