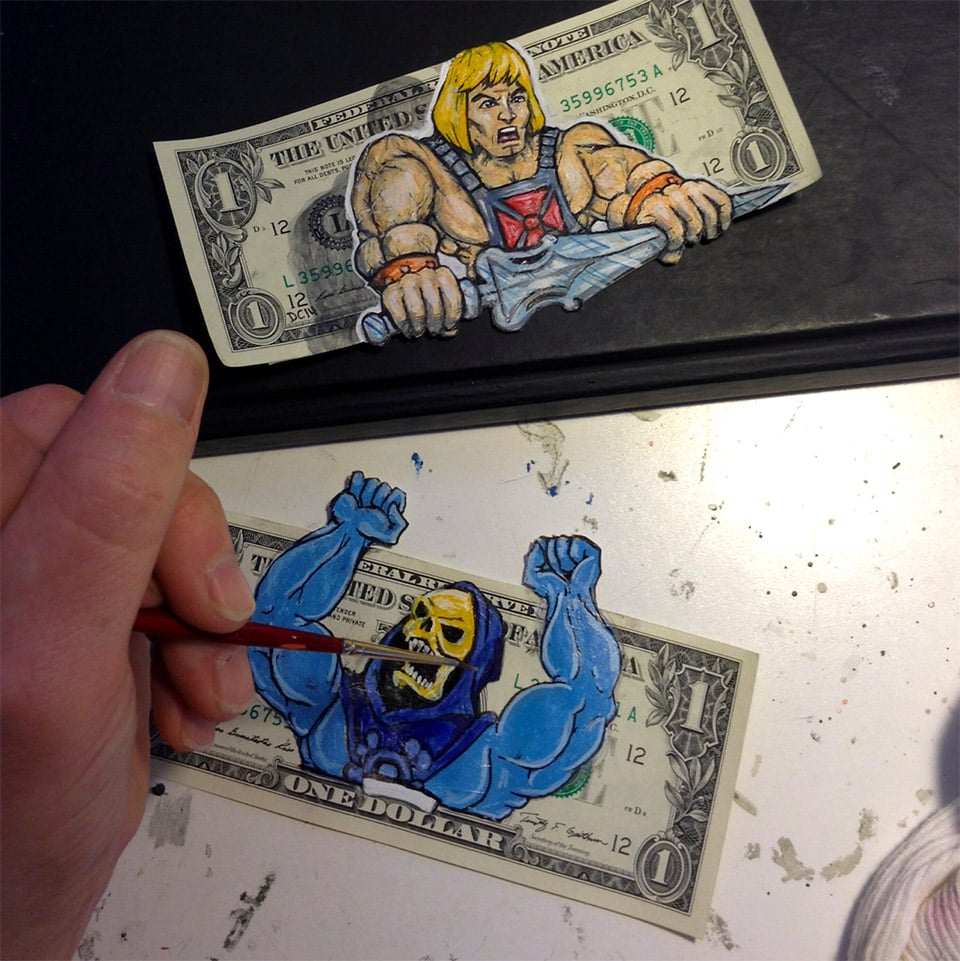 Officially, it’s illegal to draw on U.S. currency. But it’s a law that’s never enforced, and plenty of artists have had their way with dollar bills over the years. These are some of my favorites. Artist Donovan Clark turns one dollar bills into hundred dollar artworks by painting them with awesome geeky illustrations.

His images are particularly neat because they have a sort of 3-dimensional feel to them, bursting beyond the borders of the paper money they’ve been added to. Choose from characters like Harvey Birdman, Skeletor, He-Man, the Teenage Mutant Ninja Turtles, Deadpool, She-Hulk and Rocket Racoon among others. 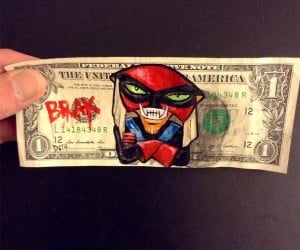 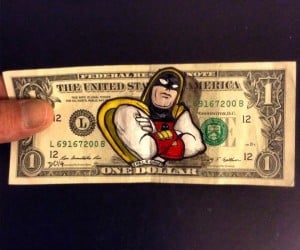 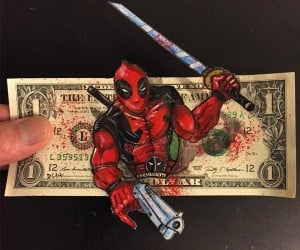 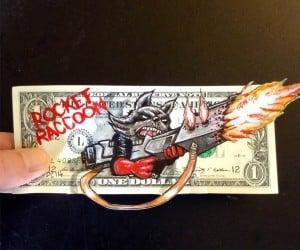 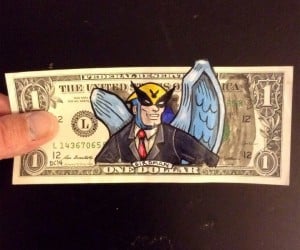 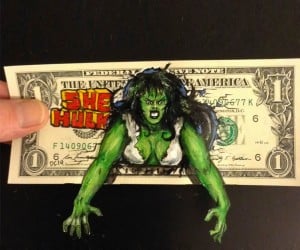 My personal favorite is the Alien Chestburster dollar bill. 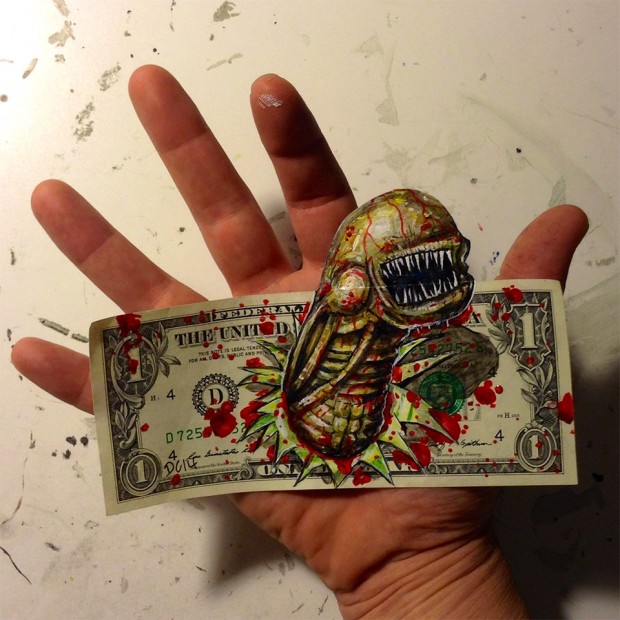 Head on over to Donovan’s Etsy shop to check out these and other bills he’s created. Each original creation is framed, and priced at $100(USD). He’ll also do custom illustrations based on your requests. I’d like him to do one of Fry saying “Shut up and Take My Money.”