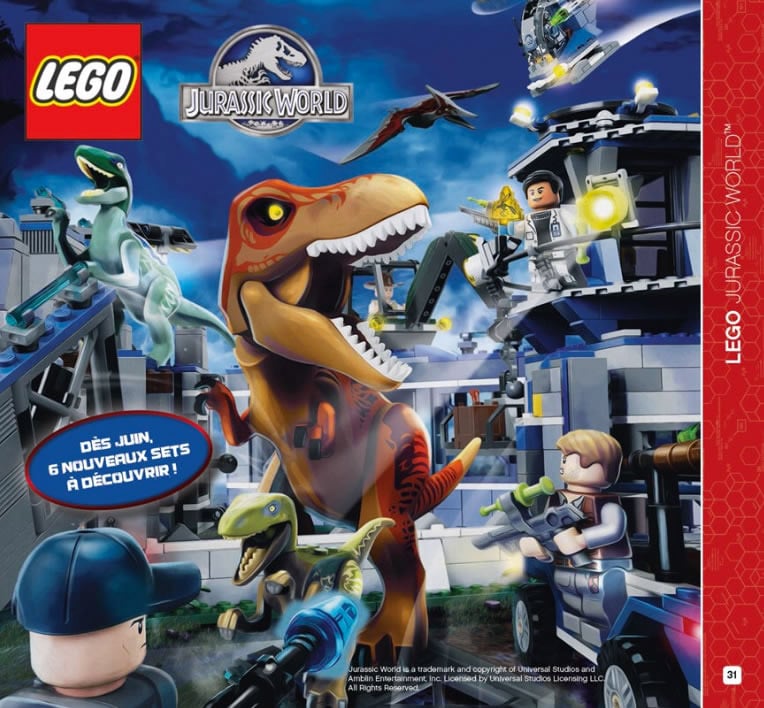 Jurassic World is headed to theaters in June 2015, and this time, we’re getting official LEGO sets to go with the movie. I mean, dinosaurs, Jeeps and LEGO were meant to go together. The guys at Jurassic Bricks spotted an image from the French 2015 LEGO catalog which includes a sneak preview of what we can expect.

We can see from the image that we’ll be getting minifigs for some of the film’s major characters, played by Chris Pratt and BD Wong, among others, as well as buildings from the doomed theme park, vehicles, weapons, and of course plenty of dinosaurs. I spy a T. Rex, a couple of raptors, and a pterodactyl for starters.

There’s no word yet on how many sets will be coming out, or how long after the movie’s release we’ll have to wait for them to be released, but we’ve waited this long for a Jurassic LEGO set, so what’s a few more months?