Concept for the Batsuit from Tim Burton’s Batman 3 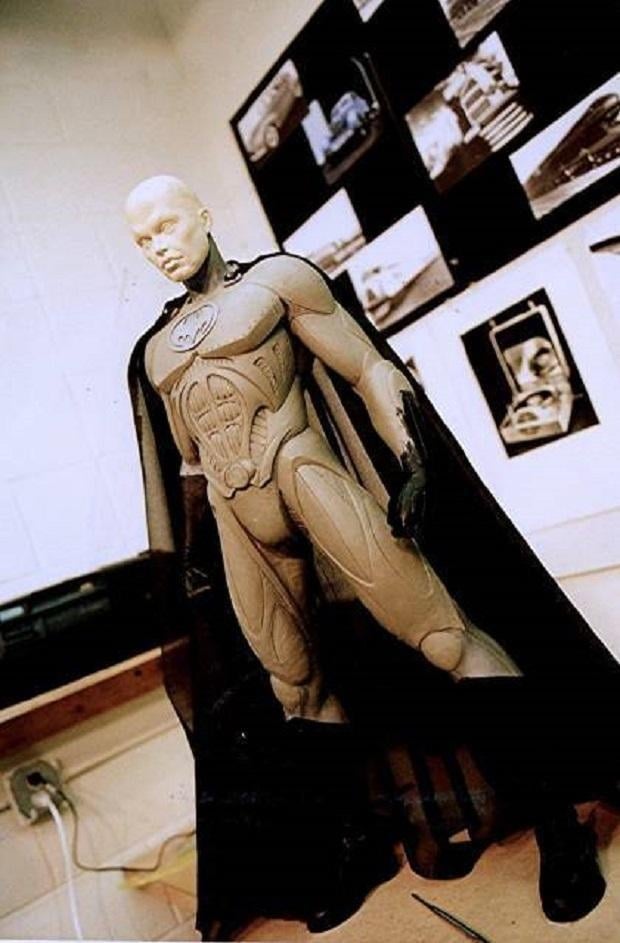 Tim Burton’s Batman movies were pretty unique and when they came out in 1989 and 1992. Burton had set the tone for a darker Batman than we had seen on screen before. Sadly, we never got to see Tim Burton’s Batman 3. Instead we got Joel Schumacher’s godawful Batman Forever. Excuse me while I shudder. Not much art for Burton’s 3rd movie has surfaced, but now we have some preproduction concept images showing three artist’s models of a potential costume for the Dark Knight.

These models were sculpted by Jose Fernandez, the artist who made Catwoman’s cowl in Batman Returns and Robin’s costume in Batman and Robin. They are toned-down and stylish with some really nice lines. I like the way the cape lays over the shoulders. Bruce Wayne would have looked great in any of these. 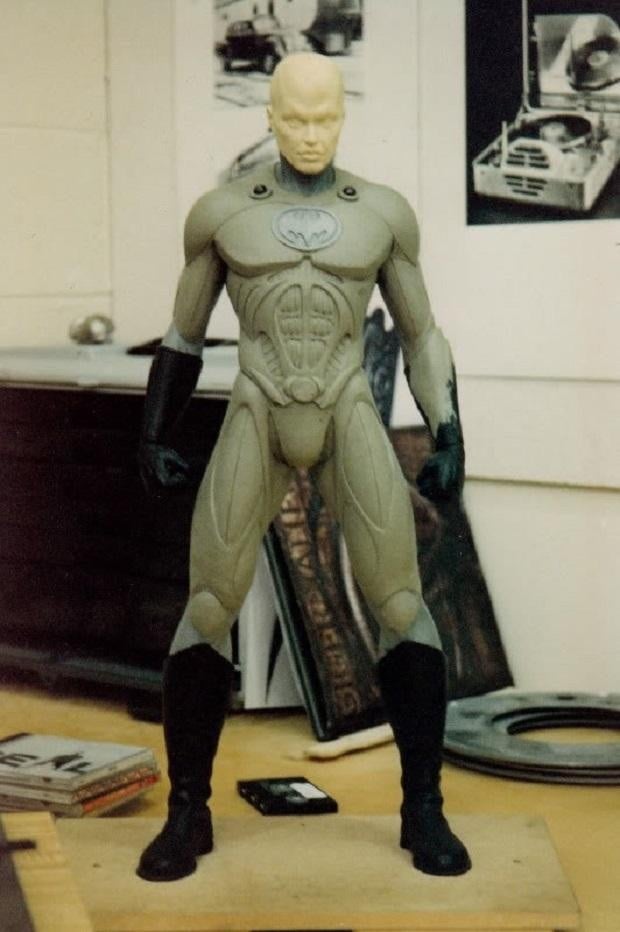 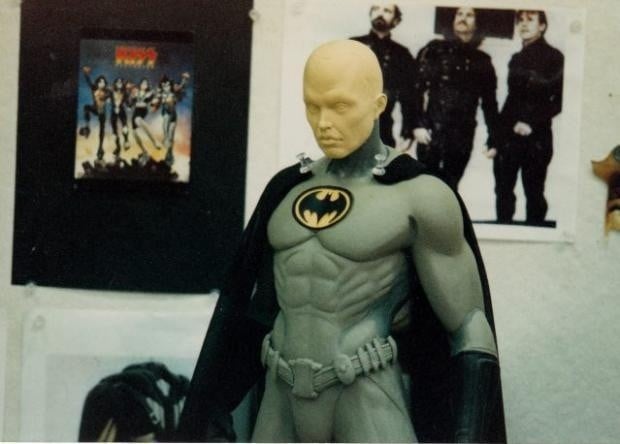