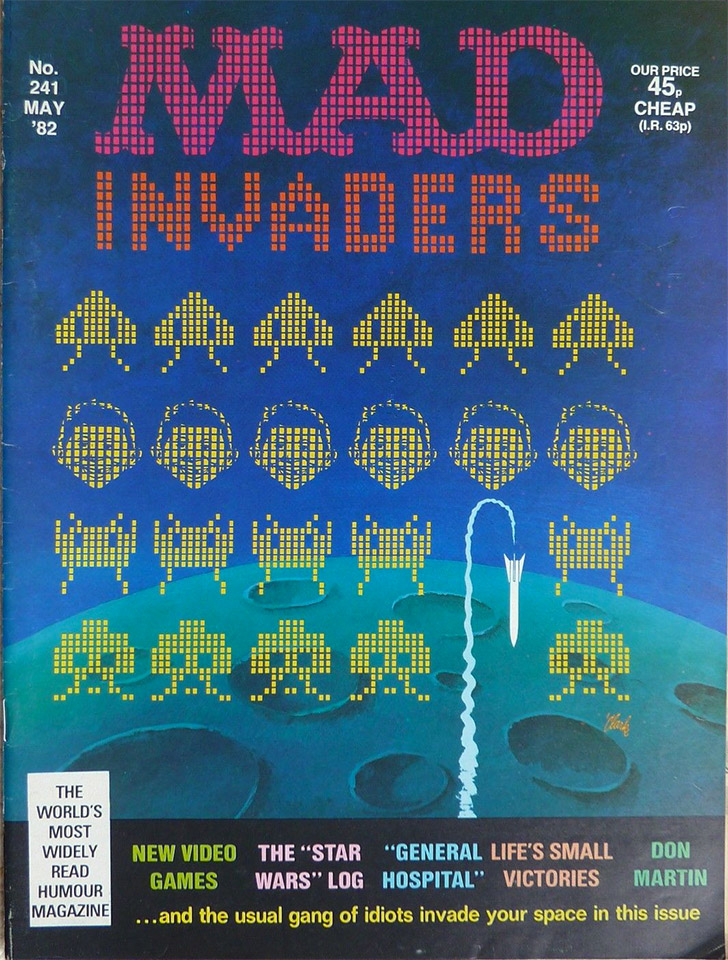 I recently picked up the May 1982 issue of MAD Magazine, because I loved the Space Invaders cover art. But when I cracked open the issue, I came across a particularly amusing little gem – a parody of the Star Wars franchise which was written between the release of The Empire Strikes Back and Return of the Jedi.

At the time, the whole idea that Lucas had released his films right in the middle of an ongoing story was a bit controversial, as we picked up with Episodes IV and V, and had no idea what happened in Episodes I through III yet. Never mind that the constant stream of strange characters and cultures, as well as the soap-opera-like family drama was a bit confusing for the uninitiated. Thus, this parody was born.

Read it and enjoy a good laugh. The best part is where Lucas says that the last of the dozen initial Star Wars films will be completed in 2014. Hah. 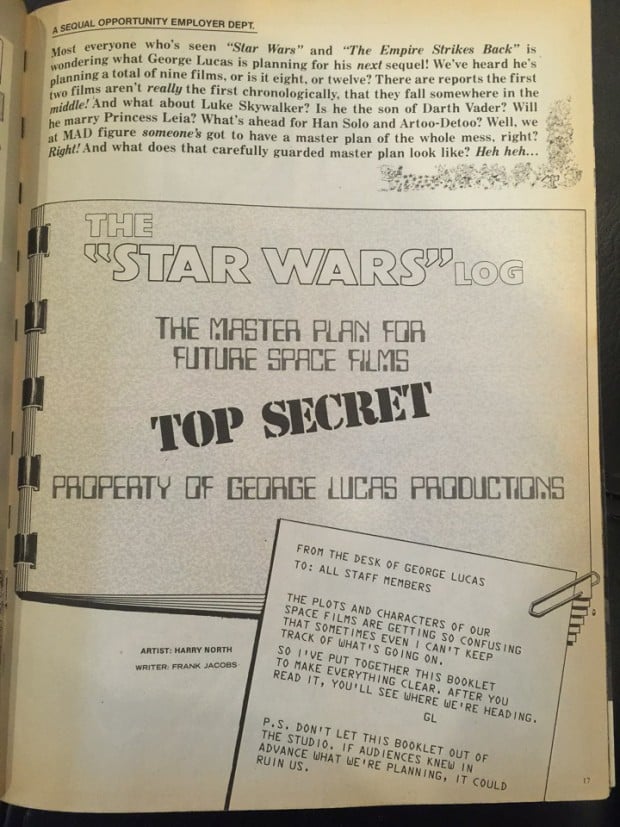 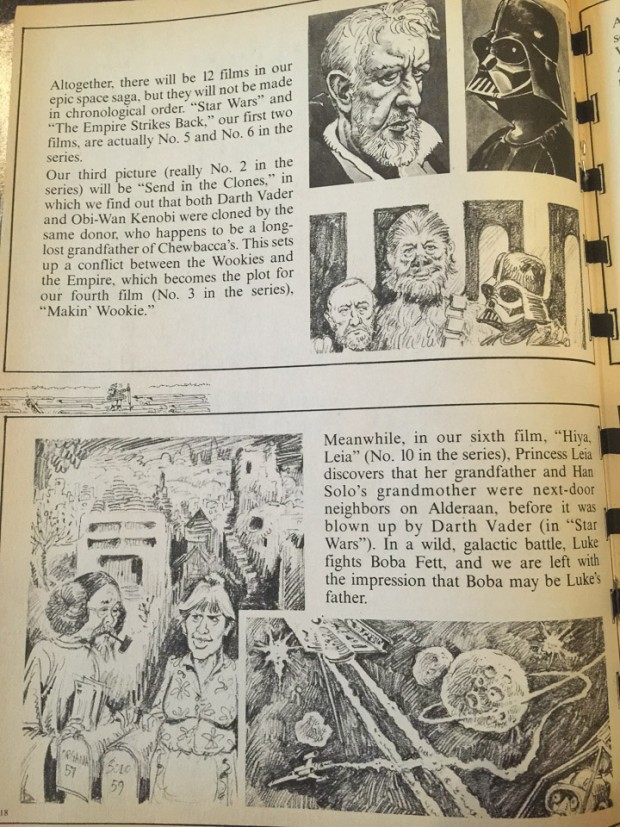 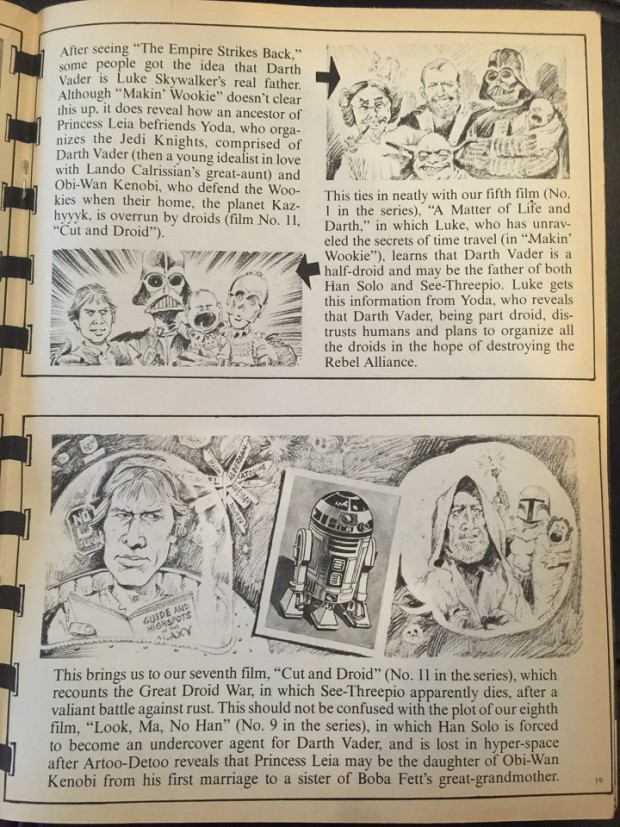 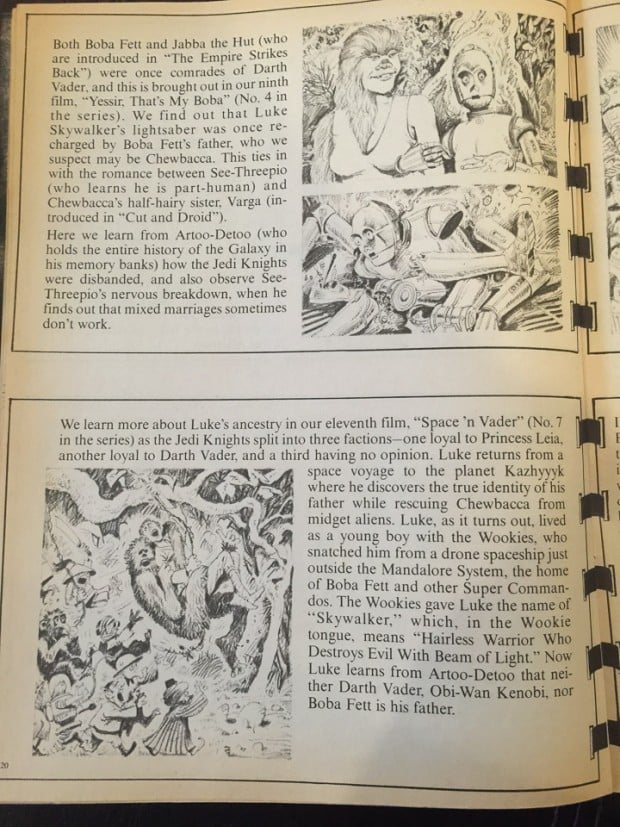 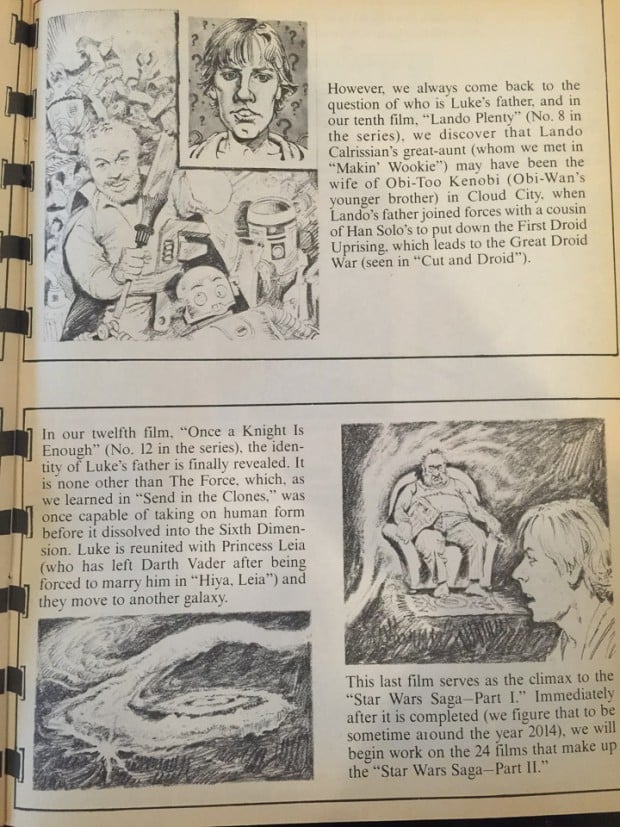