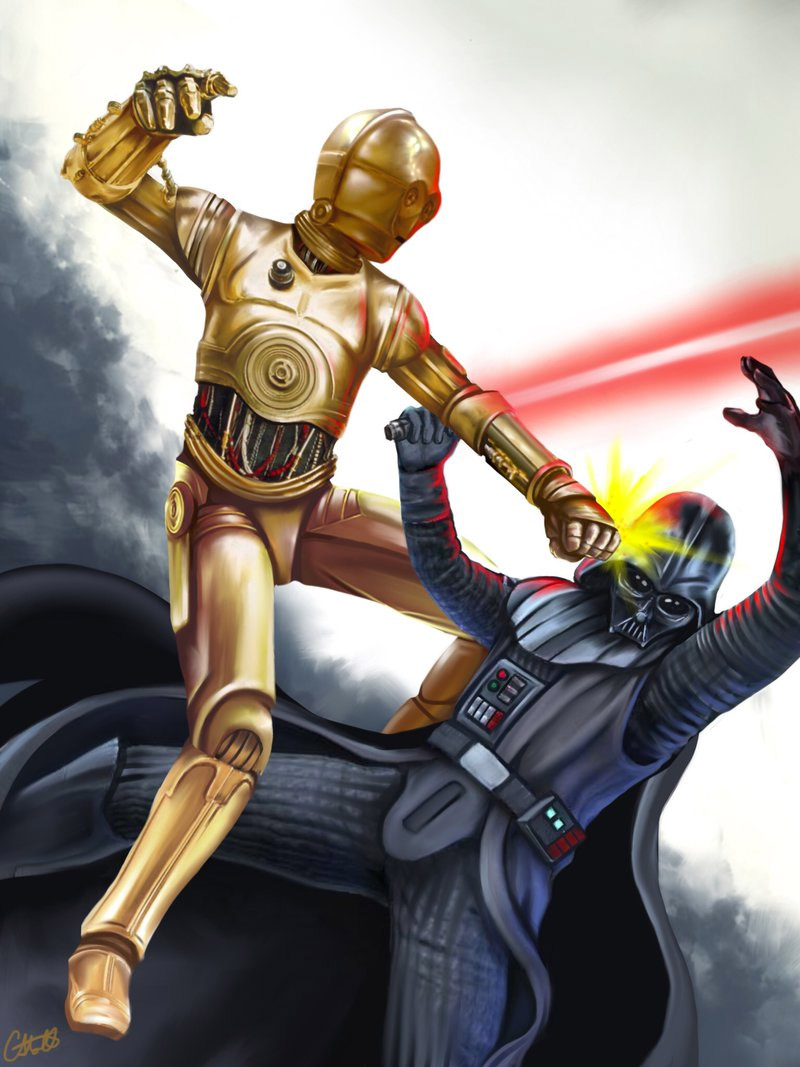 Let’s face it. C-3PO isn’t exactly everyone’s favorite droid from the Star Wars universe. He’s kind of an annoying know-it-all, and a bit of a buzz kill. Frankly, he’s downright annoying. But it turns out that underneath that uptight exterior, he’s been repressing some serious rage – and 3PO’s just about to burst.

When I saw this amusing image by artist Christopher Stoll, all I could think of was that scene in A Christmas Story when Ralphie has had enough, and puts a major beatdown on Scut Farkus and his beady yellow eyes. I know, I could have said something about David and Goliath, but I prefer 1980s movies to ancient biblical prose.