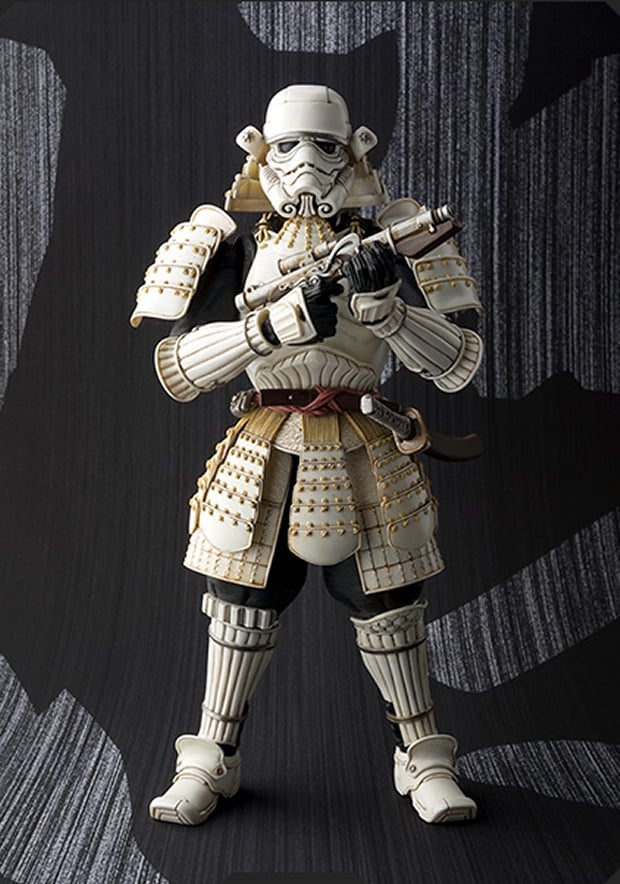 If you have been waiting to see more of the Samurai Stormtrooper action figure, Bandai has released official images of the Ashigaru Stormtrooper. Basically, this guy looks amazing. It measures 7″ tall and includes reworked armor and a blaster that matches the Samurai style. Of course he also has his Katana too, so he can carve up some enemies too.

This awesome figure will be available in March and will retail for about $70(USD), which isn’t bad for a figure like this. You’ll want to get Samurai Vader too, so this guy has a master to Force Choke him and send him out on missions. 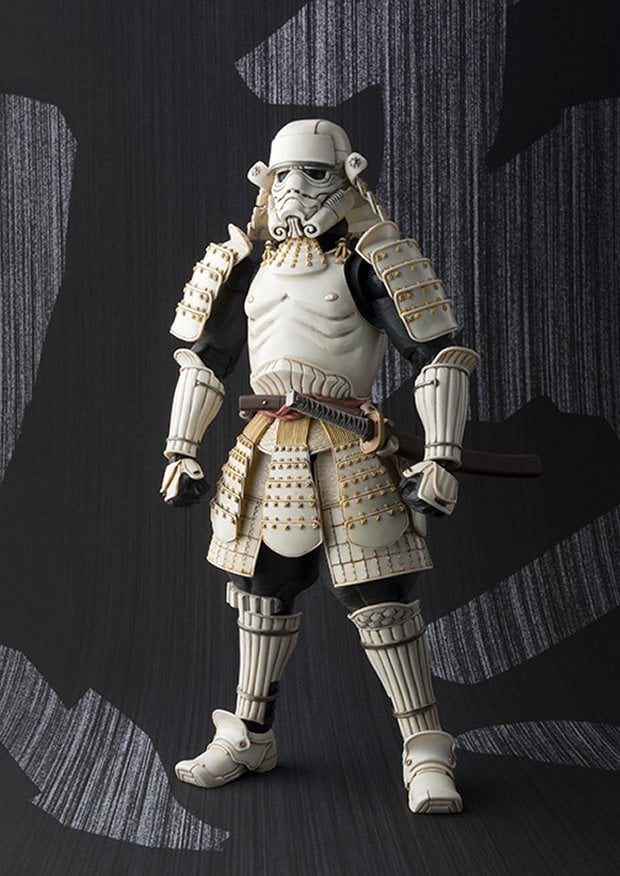 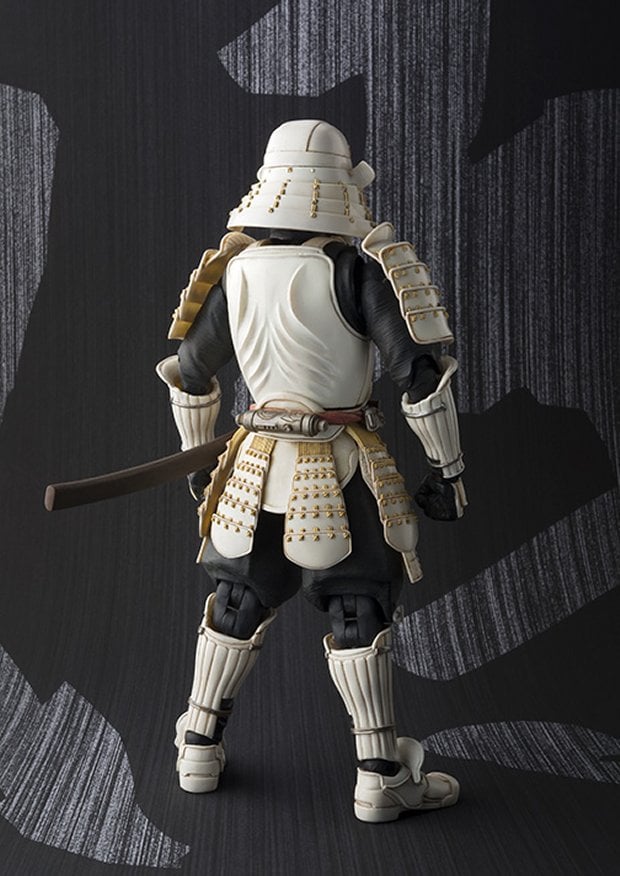 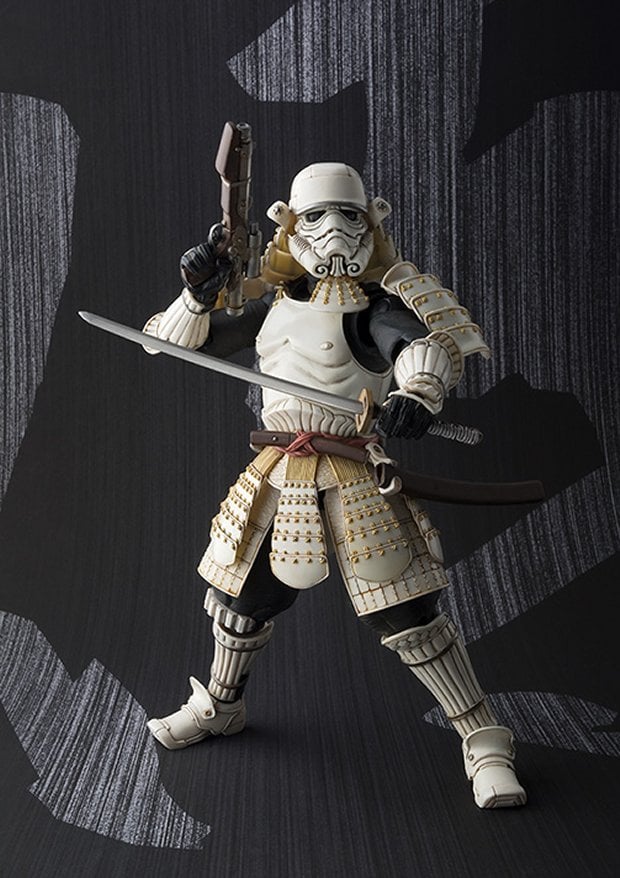