Someone Already Has an R0-T8 Roller Droid Tattoo 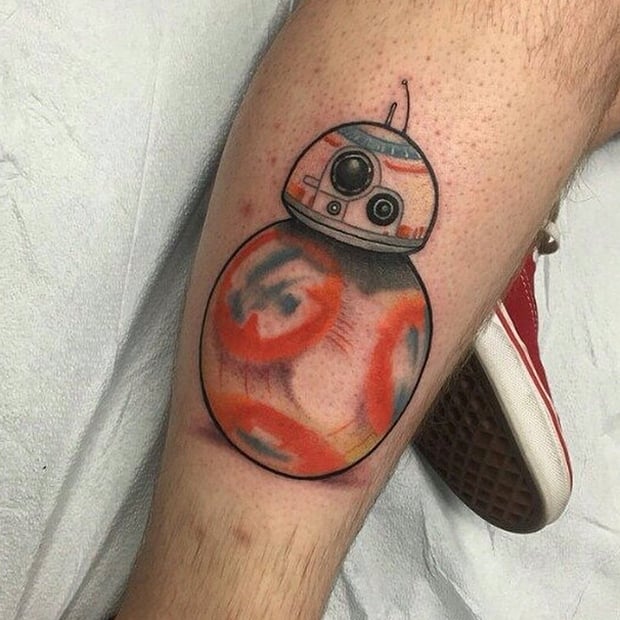 Well that didn’t take long at all. It looks like this is the world’s first documented The Force Awakens tattoo. It was created by tattoo artist @tyler480 on the leg of @ibreckon. Pretty cool if you are into Pixar-inspired droids I guess. I was hoping it would be a 3-pointed lightsaber that looked like a crucifix, with a dead Darth Maul on it for good measure.

He will probably regret this when the movie comes out and this guy is in it for like two seconds. He could always turn it into a droid snowman later though. Or a droid caterpillar. Smoking a hookah. That would be fun. So I guess this guy will be okay.

Should have had the caption: They see me rolling.