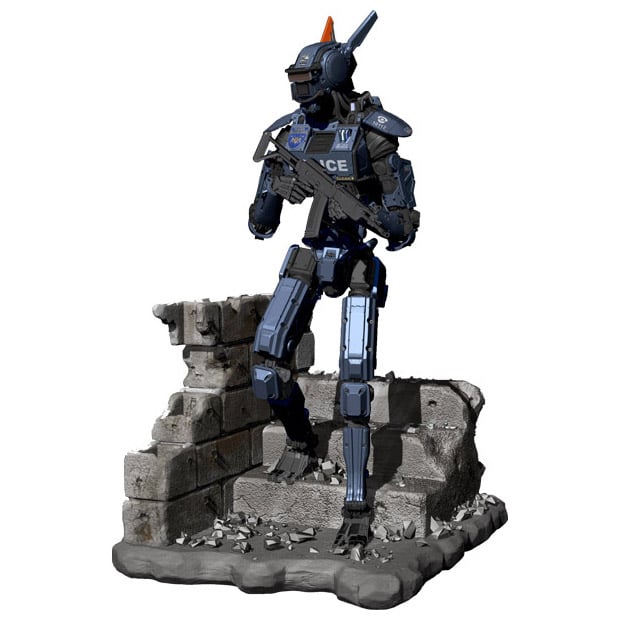 Neill Blomkamp’s upcoming movie Chappie might not be hitting screens until March 2015, but we’ve already got our first collectible item in the queue. Based on the film’s title character, this 1/4-scale Gentle Giant statue of Chappie (aka “Scout 22″) is a precise replica of the humanoid robot police officer from the film. The polystone statue measures in at 18-1/2” tall, and is posed on a base of rubble.

Priced at $499.99(USD), it’s definitely not something you’ll want to invest in until you’ve seen the movie, but it sure looks like an impressive statue. It’s available for pre-order now from Entertainment Earth, with an expected release date of January 2016.