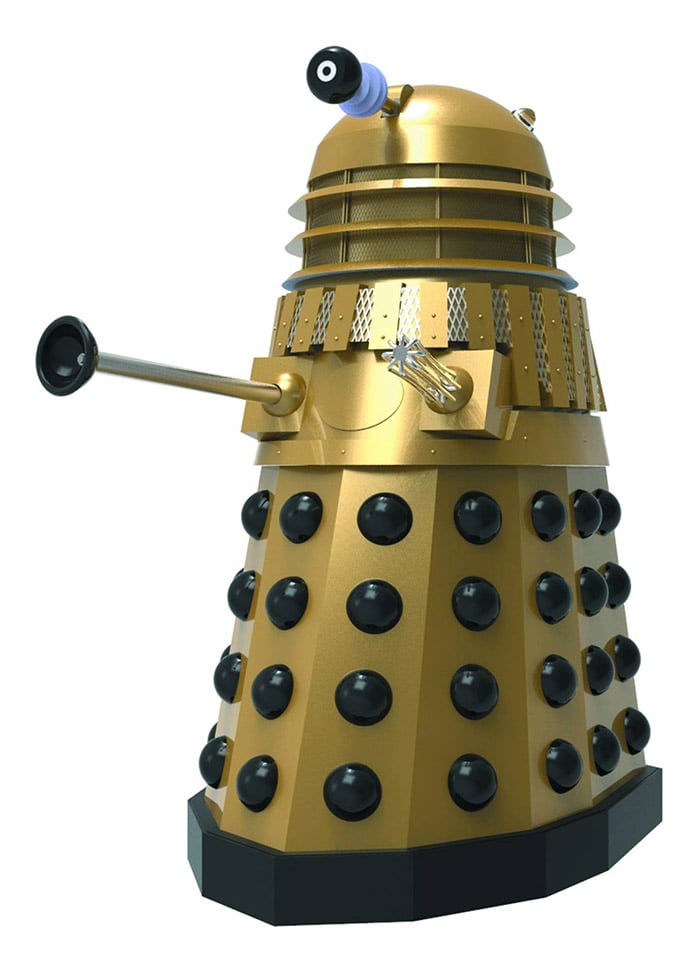 While those colorful New Paradigm Daleks are pretty cool, there’s nothing quite as cool as a golden Dalek – like the one that appears in Day of the Daleks. After all, Gold Daleks historically have held positions of great power, like the one that was in charge of planet Earth and tried to destroy the World Peace Conference. Now you too can own your very own Gold Dalek, and it’s perfect down to the tiniest detail.

Based on the original plans used to build the Dalek seen in the 1972 classic episode, this limited-edition 8-inch statue was created by Titan Merchandise. Like all gold things, it’s more expensive than other Dalek collectibles – priced at $99.99(USD). Pre-order yours now for February 2015 delivery.