The opening crawl is an iconic part of Star Wars. When you see it, you instantly know what movie series you’re looking at. However, the idea was borrowed from the classic Buck Rogers film serials.

Apparently, George Lucas showed the script for Star Wars: Episode IV to his friend Brian De Palma. A little known fact is that DePalma helped Lucas edit the opening crawl into what we know and love today. I think we can all agree that it is much better and more concise than the script shown below. I love little bits of Star Wars history like this. So many things went into making that movie what it was in the end. 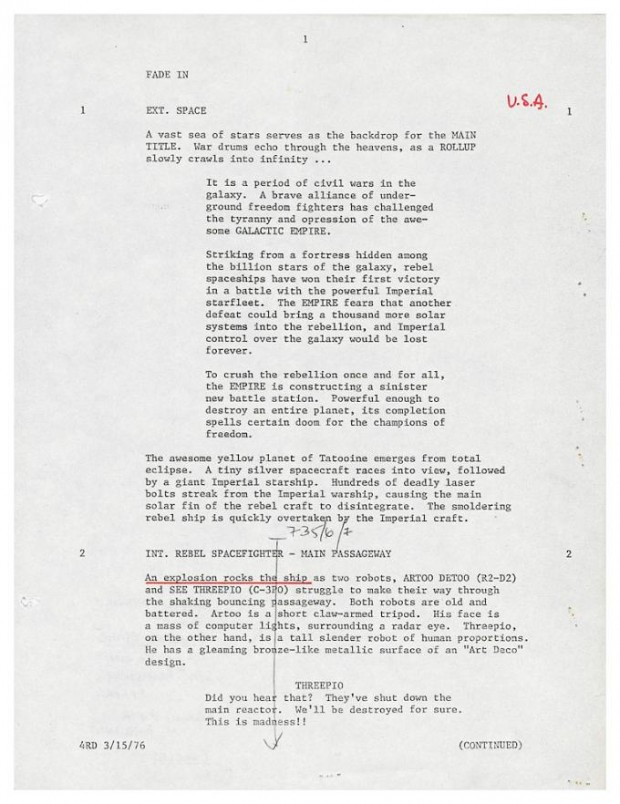