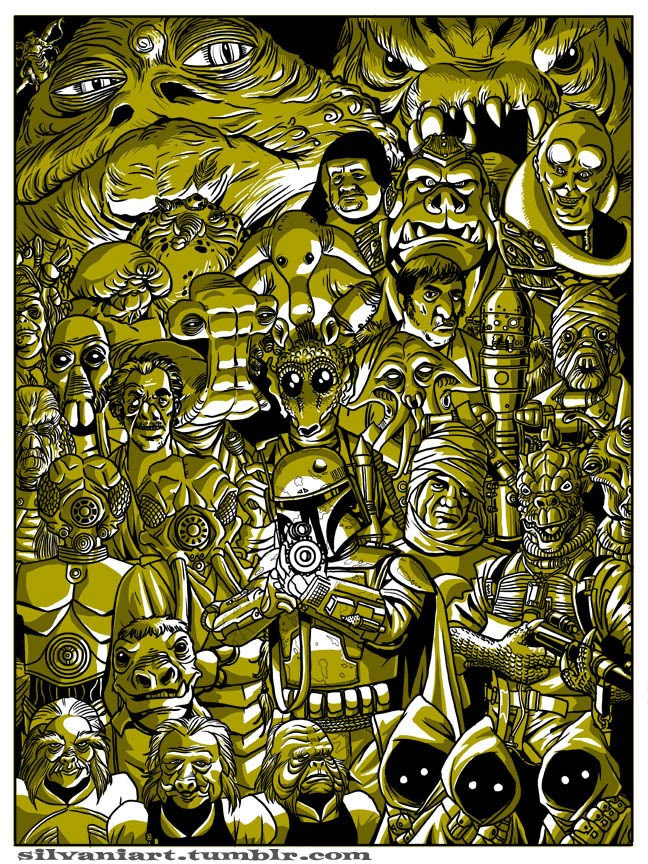 There are lots of strange, nasty and creepy characters in the Star Wars universe – most of which seem to hang out on Tatooine for some reason. Artist James Silvani created this poster he calls “Scum and Villainy”, which includes a montage of many of the most memorable creatures and goons from Star Wars.

At the center of focus, you’ll find Boba Fett, surrounded by an army of toadies including Greedo and a number of other denizens of the Mos Eisley Cantina, Jabba the Hutt, a Sand Person, a Rancor, and even a few Jawas – who really aren’t scum or villains, just capitalists. As far as I’m concerned Jawas are the Ferengi of Star Wars, and the Ferengi are the Jawas of Star Trek.

But I digress. Silvani created this image for a recent poster release from Acme Archives. Sadly, they already sold out, but you can sit here and admire the image from the comfortable glow of your screen. Be sure to check out Silvani’s tumblr for more great images.