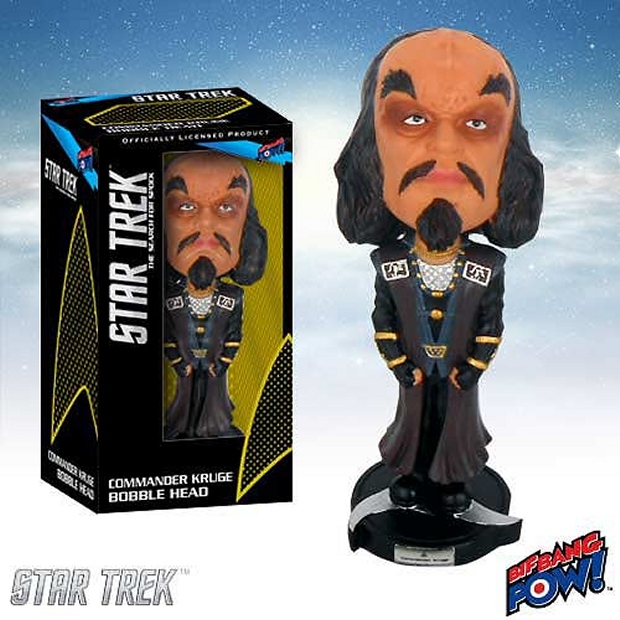 Commander Kruge is probably one of my favorite Klingons. Sure, he’s not as aggro as some of the Klingon’s that came after, but that’s one of the things that is cool about him. Christopher Lloyd just brought something to the role that made the character a joy to watch. And Klingons are so angry and warrior-like in later Trek that they just become a parody of themselves anyway. I like the aggressive, yet intelligent Klingons whose anger and testosterone does not get in their own way. Well, now you can own Commander Kruge in bobblehead form, courtesy of Bif Bang POW!