Terminator: Genisys: Come with Me If You Want to Puke 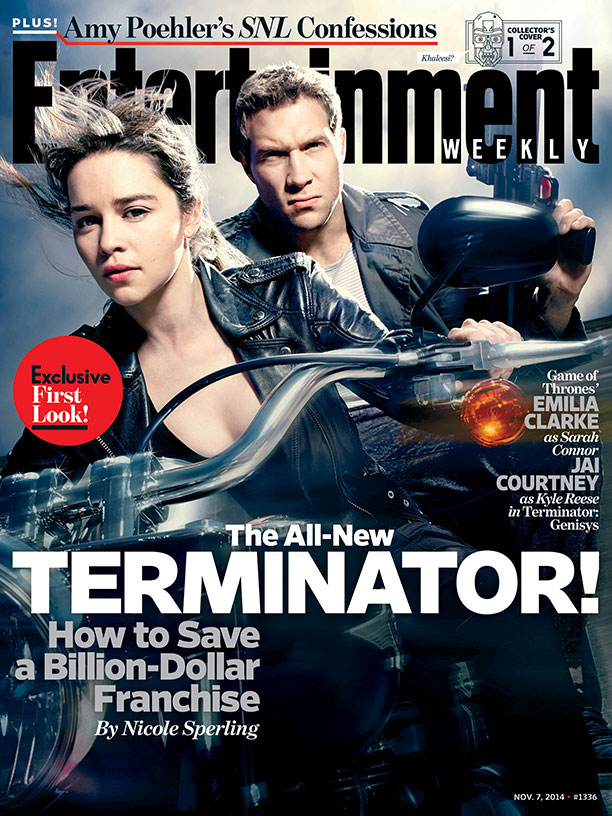 When the upcoming Terminator reboot was first announced, I had high hopes that they could recapture the spirit of the original movies or at least add to the mythology in some cool ways. There was talk that they might be revisiting scenes from both the original Terminator and Terminator 2, with some new twists. Sounds okay right?

After that we learned that the title is Terminator: Genisys. WTF? Yeah that “y” makes it so cool. I said to myself in my best Han Solo voice, “I have a bad feeling about this.” Well, now we are learning about the plot and basically this is another movie where corporate idiots (as opposed to real filmmakers) are taking a dump on a franchise that we love. Here’s a quick plot synopsis from a the latest issue of Entertainment Weekly:

“Sarah Connor isn’t the innocent she was when Linda Hamilton first sported feathered hair and acid-washed jeans in the role. Nor is she Hamilton’s steely zero body-fat warrior in 1991’s T2. Rather, the mother of humanity’s messiah was orphaned by a Terminator at age 9. Since then, she’s been raised by (brace yourself) Schwarzenegger’s Terminator—an older T-800 she calls “Pops”—who is programmed to guard rather than to kill. As a result, Sarah is a highly trained antisocial recluse who’s great with a sniper rifle but not so skilled at the nuances of human emotion.”

Pops? Really? I think this movie is dead before it even hits the screen. We are bound to learn more info that ticks us off and proves that Hollywood is out of their everlovin’ minds.