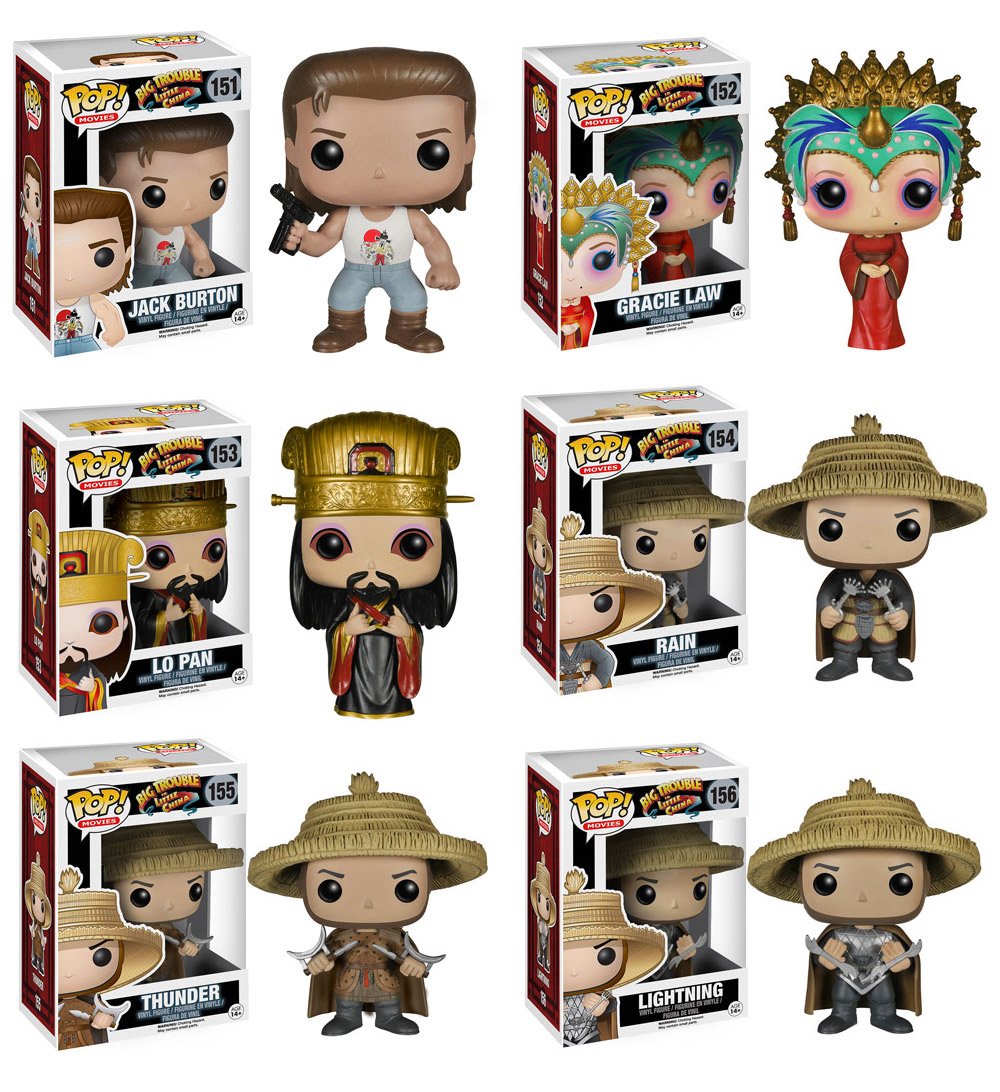 John Carpenter’s Big Trouble in Little China is one of my favorite guilty pleasure movies of all time. Loaded with action, adventure, sorcery and intrigue, the enigmatic action comedy was actually a box office flop when it came out back in 1986. Fortunately, the film has gained popularity over the years, becoming a cult classic along the way. And now, fans of Big Trouble in Little China can show their love for the flick with some great new collectibles from Funko.

These Pop! vinyl figures offer disproportionately big-headed versions of Kurt Russell’s Jack Burton, Kim Cattrall’s Gracie Law, The evil Lo Pan, and his three henchmen, Rain, Lightning and Thunder – a sort of kung fu equivalent of See no evil, Hear no evil and Speak no evil. Though I wish they would make a version where Thunder’s head inflates and steam comes out of his nostrils. 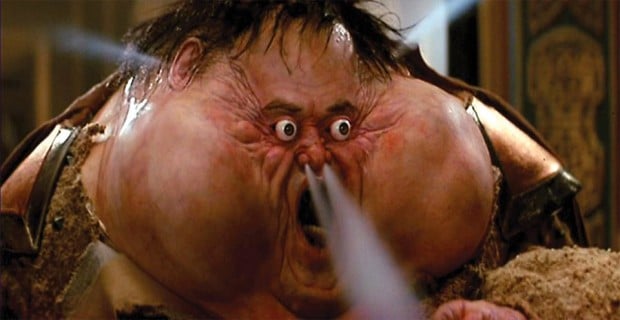 All six of the figures are available for pre-order now over at Entertainment Earth, and will ship in February 2015. In the mean time, if you’ve never seen Big Trouble in Little China, what are you waiting for?