Hockey Teams to Play in Batman and Riddler Uniforms 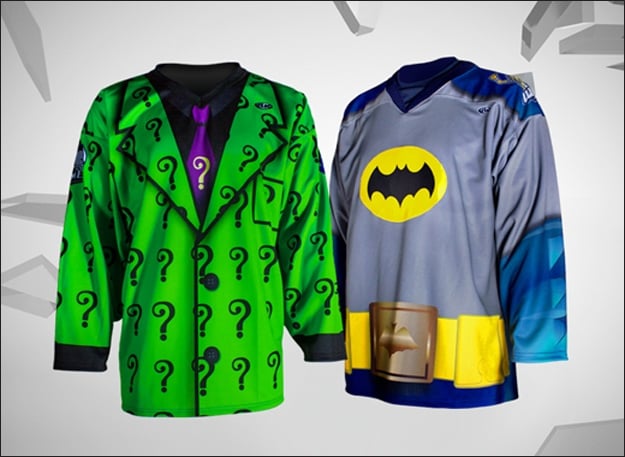 I’m not a big fan of hockey, which is why this is so brilliant. It makes me want to watch this game. You see, to celebrate the 75th anniversary of the Dark Knight, the Toledo East Coast Hockey League team is holding a “Heroes Night” on November 22nd. Basically it means that the Toledo Walleye and the Evansville IceMen hockey teams will play while wearing Batman and Riddler uniforms inspired by the 1960s TV show. Awesome. That’s a lot of Batmen to beat the snot out of a lot of Riddlers.

After the game, the (blood-stained) jerseys will be auctioned off and the proceeds will go to a benefit supporting the Muscular Dystrophy Association, March of Dimes, and the Walleye Wishing Well, so it’s all for a good cause. If you want some of the jerseys, a limited number of them will be available on November 3rd at the Walleye’s store.