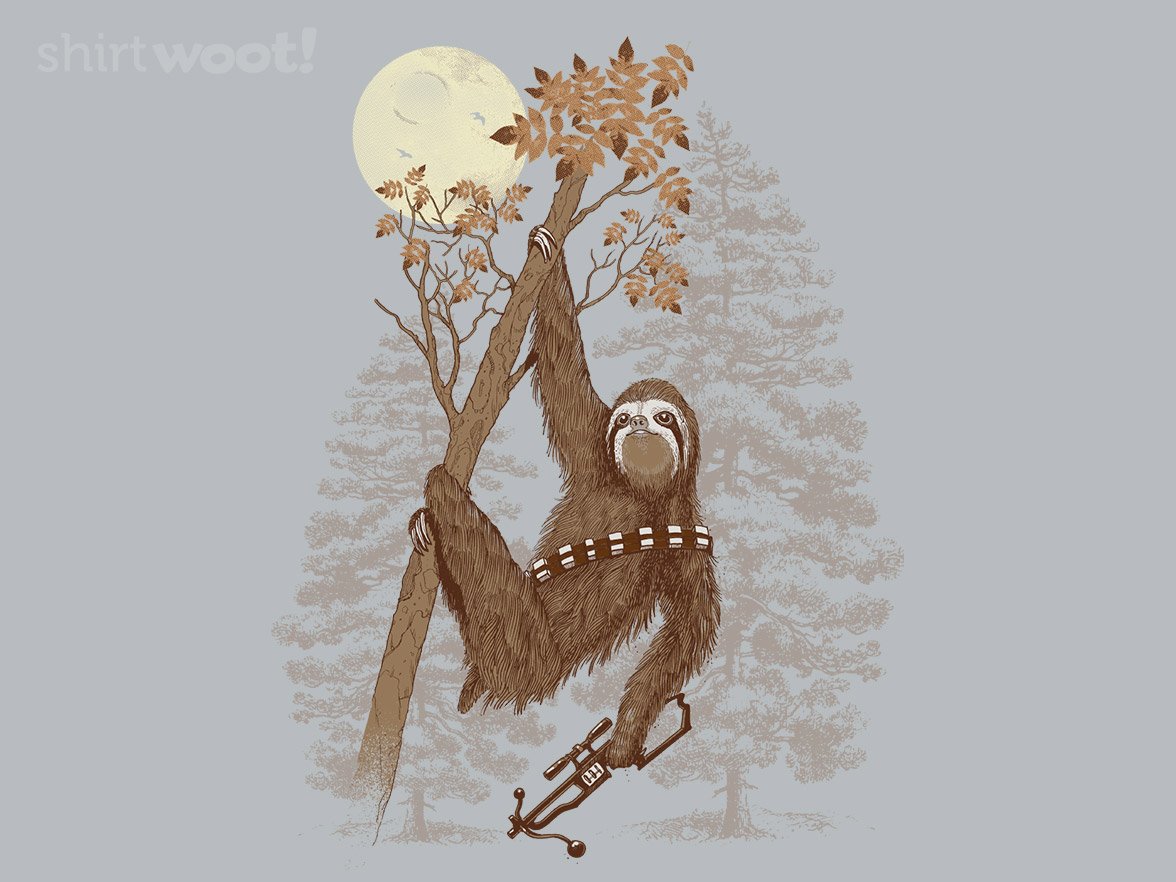 I’m still waiting for a Star Wars movie to spend some quality time on Chewbacca’s home planet of Kashyyyk. I’m not talking about watching Yoda overseeing a battle against a droid army – I’d like to see Chewie and his family hanging out in their native habitat, drinking cappucino and watching reruns of Alf. One thing you’re unlikely to see on Kashyyyk is this little guy. While the lush planet has plenty of trees, I have it on good authority that there are no sloths there.

This amusing t-shirt was designed by illustrator Nanà Dalla Porta (aka Oktopus Sapiens), and features a crossbow-wielding sloth, dangling from a tree with his three-toes, complete with his tiny bandolier.

Head on over to Shirt.Woot! as soon as you can if you want one, since they’re likely to sell out in the next day or two.