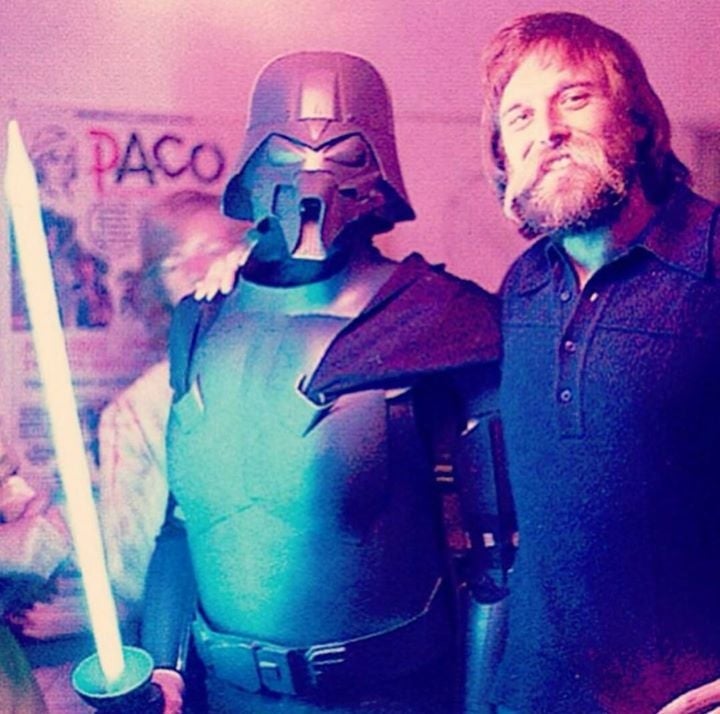 Joe Johnston, director of Captain America: The First Avenger, The Rocketeer, Jumanji and Honey I Shrunk the Kids, started his career working on Star Wars as a concept and storyboard artist. He’s has had an amazing career. And like anyone in the industry, he has untold stories – like that time he had the coolest Darth Vader costume ever. Before Star Wars was even released.

He wore this costume, inspired by Ralph McQuarrie’s classic Vader design, to the 1976 Industrial Light and Magic Halloween party. Does this make him the first Star Wars cosplayer ever? This certainly must be Vader’s first public appearance. The guy standing next to him is no slouch either. That’s John Dykstra, the guy behind the special effects in Star Wars: Episode IV, Battlestar Galactica (original series) , Star Trek: The Motion Picture, Spider-Man, X-Men: First Class and more.

I hope he still has the costume. It would be very cool to wear it today.