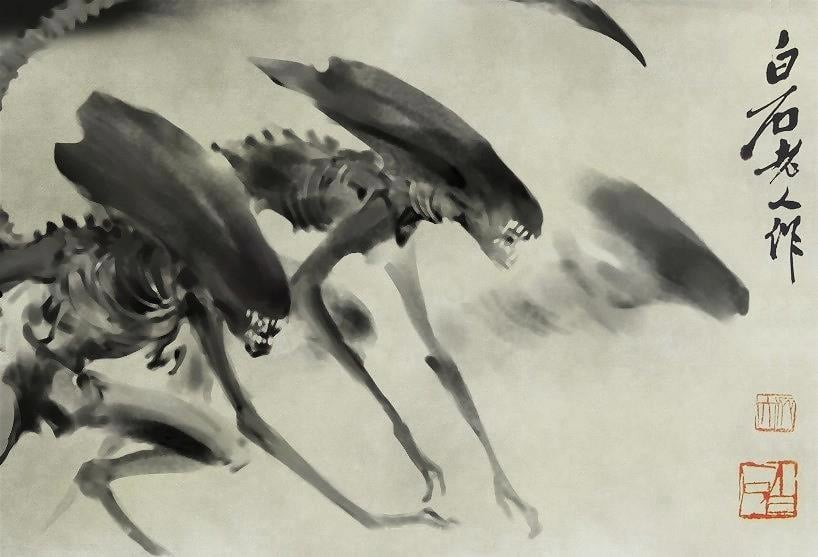 The story behind this image is suspect at best, but this painting is claimed to be the work of the late Chinese artist Qi Baishi. Clearly, these creatures bear more than a passing resemblance to H.R. Giger’s xenomorphs from Alien. What makes the story interesting is that the artist died in 1957, nearly 20 years before Giger published his first image of a xenomorph.

Allegedly, the image was found in a Beijing flea market back in 2012, though there is much debate as to the authenticity of the painting. Whether the image influenced Giger, or is a fake, it’s still an awesome image.