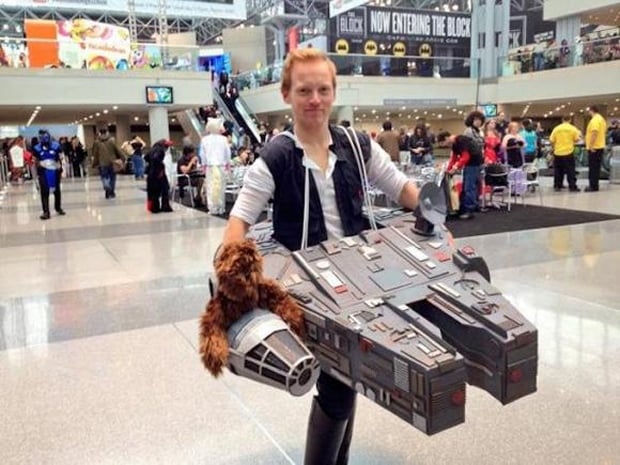 This guy clearly knows how to cosplay. He could have just cosplayed as Han Solo, with the cool vest and pants, but no. Not nearly awesome enough. He knew that to properly cosplay as Han, you better be piloting the Falcon and you better have Chewie in the co-pilot seat. Well done, sir. Well done, indeed.

This is truly an epic moment for nerds everywhere. I just hope he avoided any Imperial entanglements and didn’t just drop his cargo at the first sight of an Imperial blockade. Next I want to see him zooming around with a landspeeder that has Obi-Wan in the passenger seat and two droids in back.