Alien Queen and Her Eggs Turn up on eBay 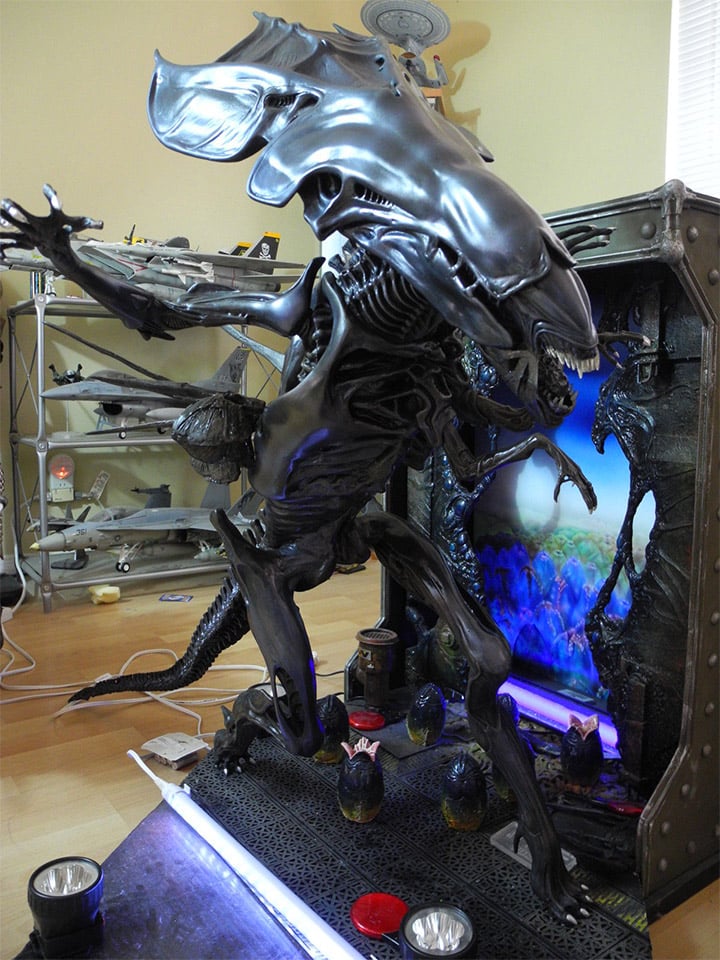 There aren’t many science fiction creatures more creepy than the Alien queen from the Alien series. With that weird elongated head, exposed bone structure, nasty teeth and a second mouth hiding inside, this monster is serious nightmare fuel. And now you can put her in your living room.

I stumbled onto this custom-made Alien Queen diorama over on eBay, and it’s quite impressive. The creature is intricately detailed, measuring about 42″(h) x 48″(w) x 38″(d) including the backdrop. Of course, you can’t have an Alien Queen without her offspring, so she’s also guarding a batch of eggs under her feet. 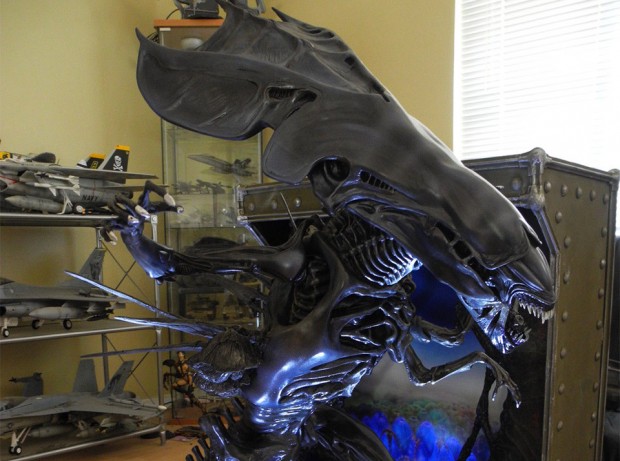 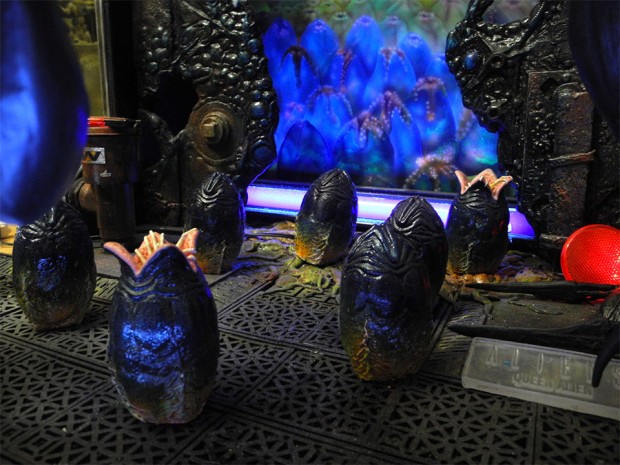 The creature itself appears to be the 1/4-scale maquette statue made by Stan Winston Studios shown below, so you know it’s screen-accurate:

This amazing Alien sculpture can be yours for $7500(USD), though the seller is also accepting offers. Head on over to eBay to check it out.