I have not been to an arcade in ages, but boy was it fun way back in the day. Bandai Namco’s Star Wars Battle Pod definitely looks like it brings back the arcade experience. Check out the video, because honestly, there’s nothing I can say that would do it justice.

I will say that this photorealistic flying game looks like the best Star Wars game ever, with all of epic space-, Endor- and Hoth-based battles you could want. The game will be available worldwide at an arcade near you soon. If you are near New York City, check it out the Dave and Buster’s in Times Square right now. This game looks crazy good! 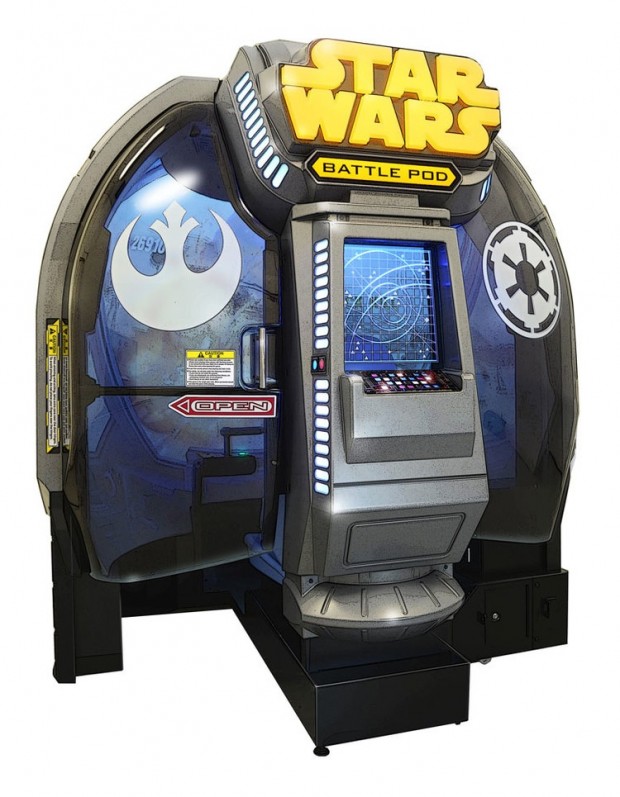 Check out the official details below: