Shaun of the Dead Original Soundtrack on Vinyl 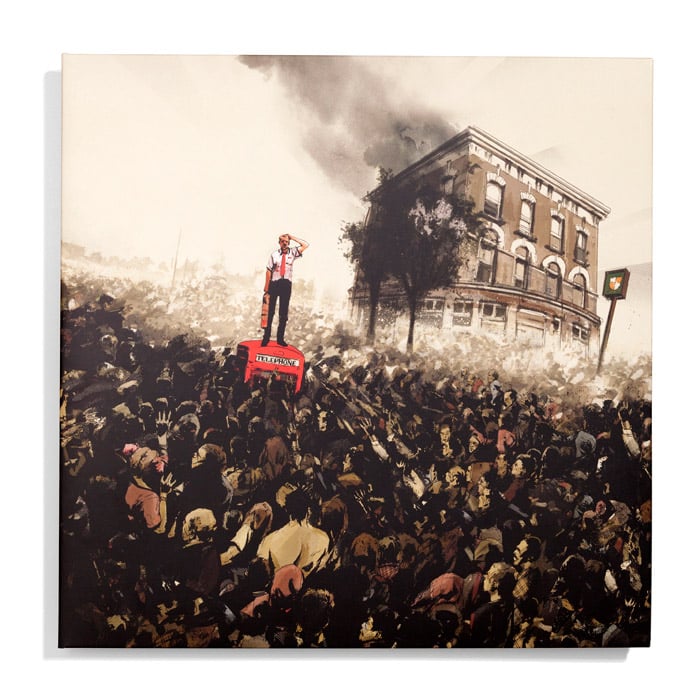 I can’t believe it’s been 10 years since Shaun of the Dead first came out, but it has. To commemorate this anniversary, the guys at Mondo have take the score from the film and pressed it into vinyl. Not only is this the first time the soundtrack is available as an LP, it’s the first time it’s been released in any format. 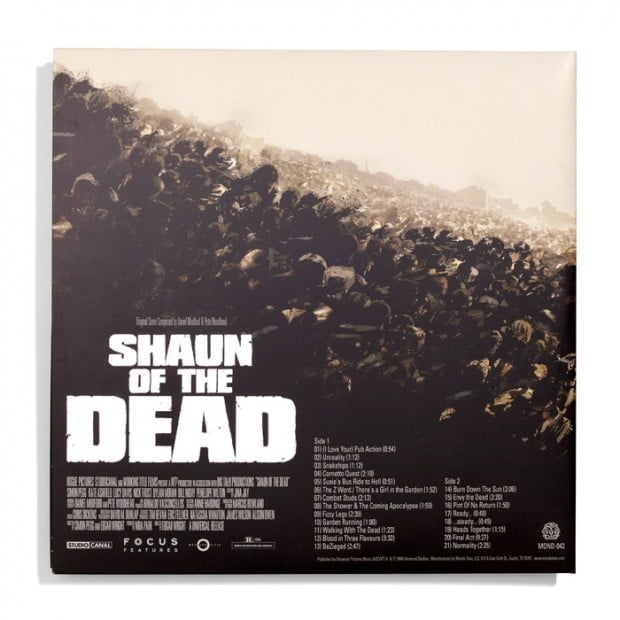 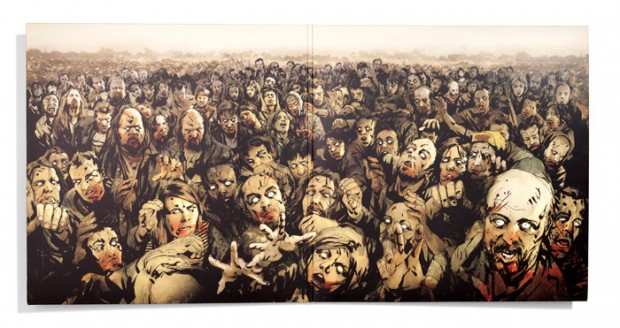 Composers Daniel Mudford & Pete Woodhead decided to take a page out of Elmer Bernstein’s book (who started the trend back with Animal House), and score the film as seriously as possible. This provided a great backdrop for the comedy and zombie-killing mayhem that ensues. 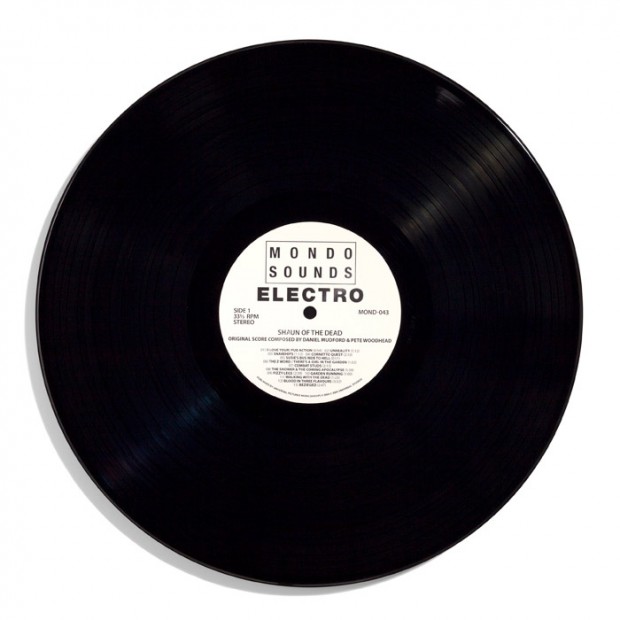 Pressed on 180 gram vinyl, the record includes liner notes by director Edgar Wright, along with Mudford & Woodhead. The cover art by Jock is amazing too. If you’re really lucky, you might score one of the randomly-inserted colored vinyl discs which are done up to look like Winchester Ale. 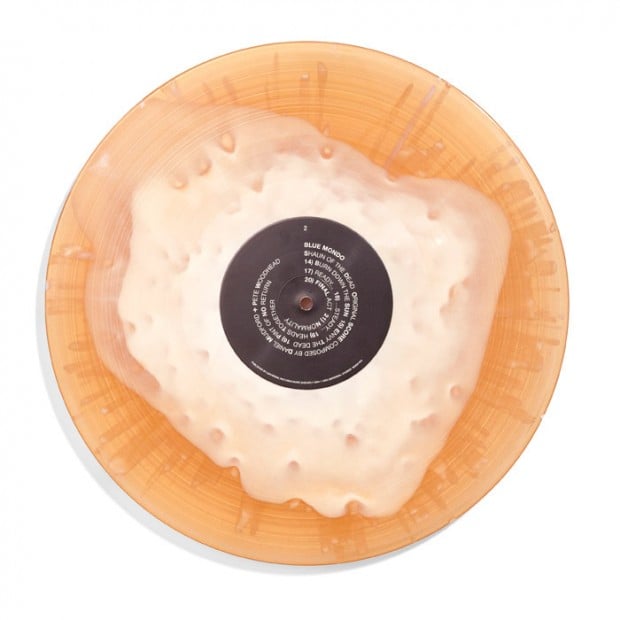 There’s also a limited-edition Version B which is pressed into strawberry swirl (or as I like to call it “fresh blood”) colored vinyl, and limited to just 1,000 pieces, but sadly that one has already sold out. 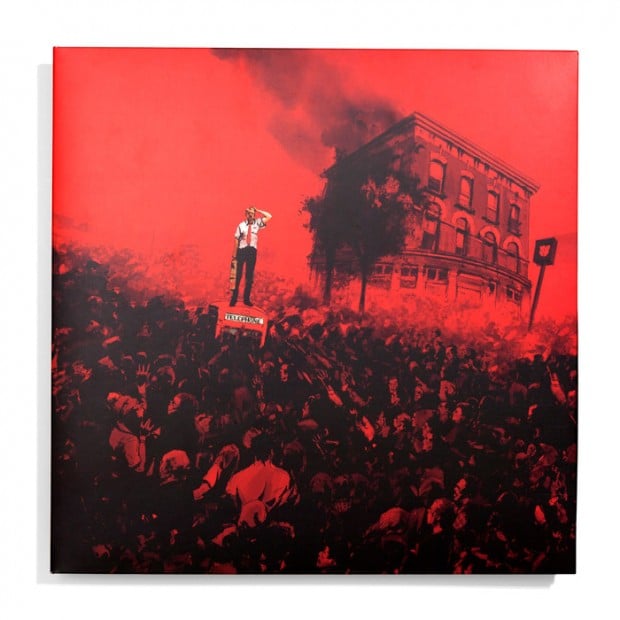 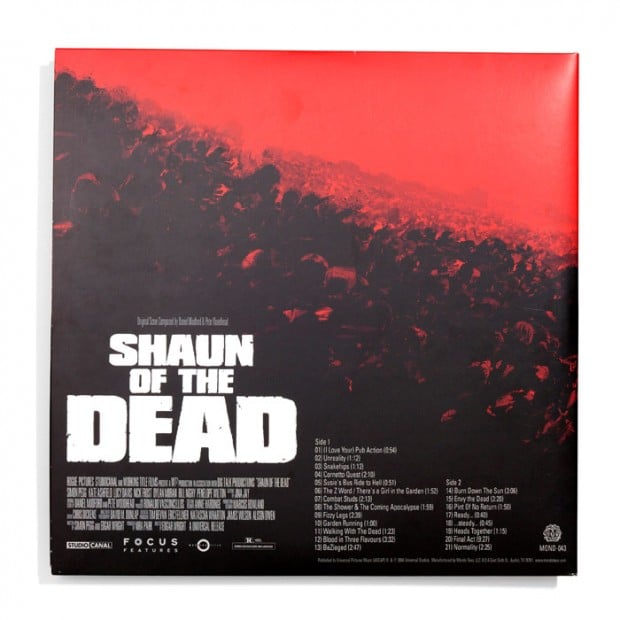 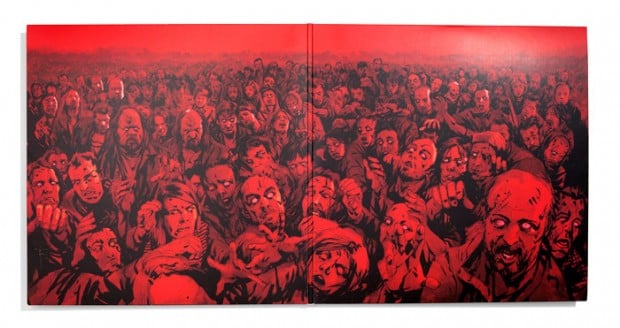 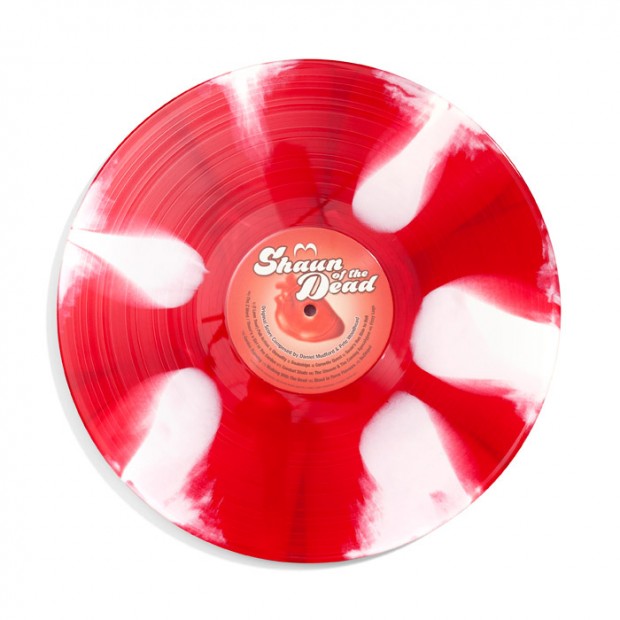 The Version A disc is still available from Mondo’s shop for $25(USD).