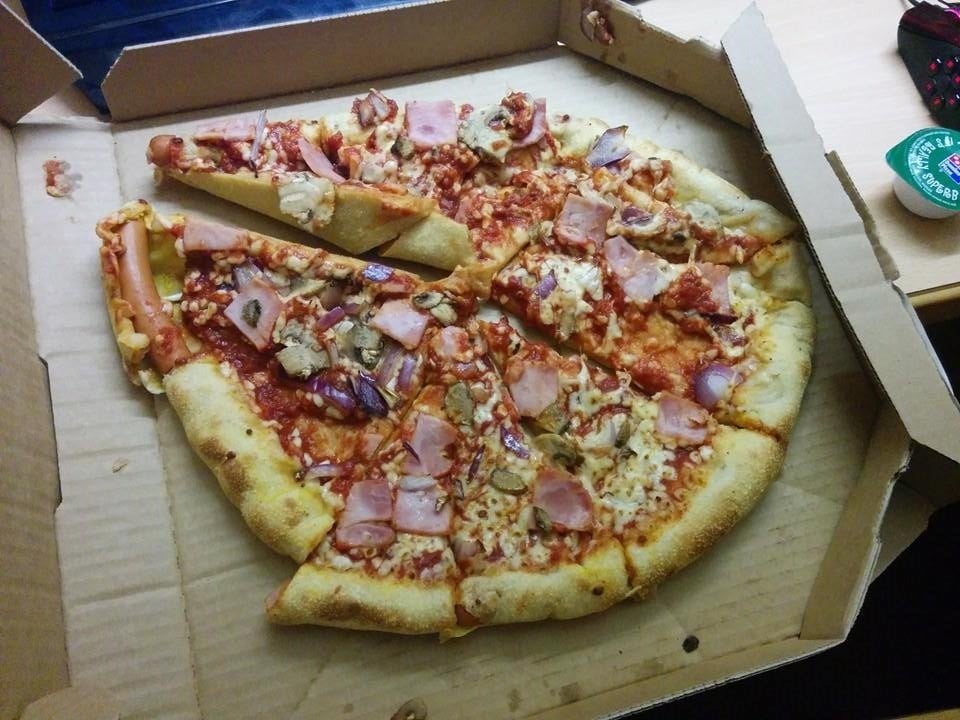 Life can be crazy sometimes. The weirdest things happen when you least expect them. Redditor VaultOfDaedalus recently got a pizza that looked like the Millennium Falcon when he opened the box. That’s a pretty awesome nerd moment right there.

And yes, those are hot dogs in the crust. Where else would they be smuggled? Hot dog sausages. I had no idea you could get that at Domino’s pizza. But then again, I also did not know that they were delivering YT-1300 light freighters piping hot to your door. Excuse me while I make a call. I’m in the mood for a Pepperoni Death Star that will blast my gut like Alderaan.