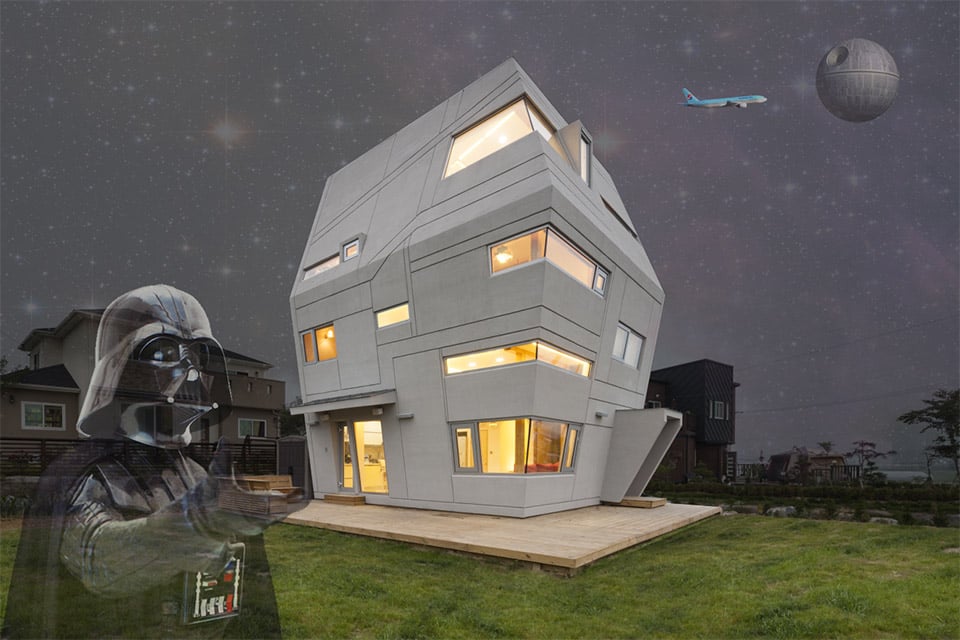 I’ve always enjoyed home theaters that are done up like a set from Star Wars, but even if you have one of those in your home, it’s likely that your house looks like every other from the outside. Not so with this impressive home in South Korea, built to look like something out of the Star Wars saga. 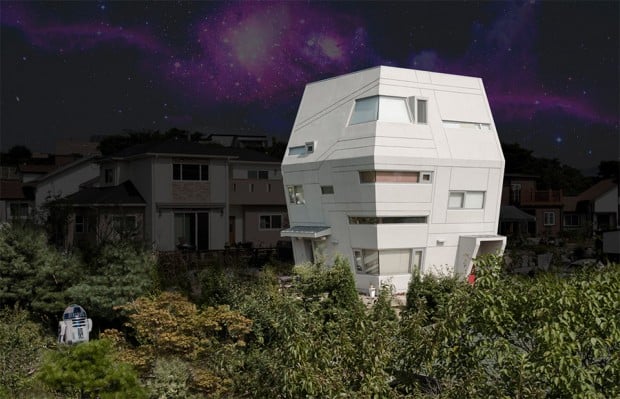 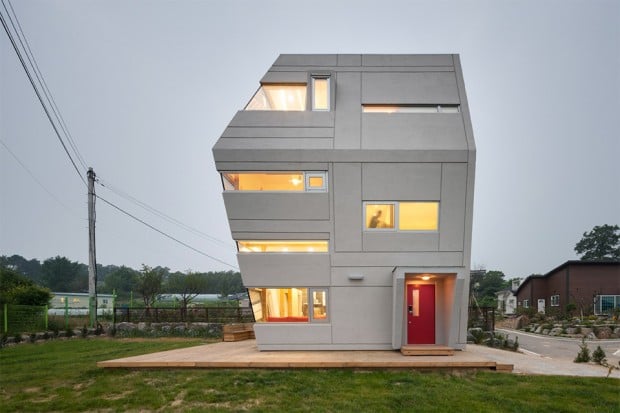 Designed by Moon Hoon Architects, the house was created for an airline pilot and his wife who specifically requested the Star Wars theme. The home isn’t a literal interpretation of any building or set from Star Wars, though it definitely looks like it would fit into the same universe. 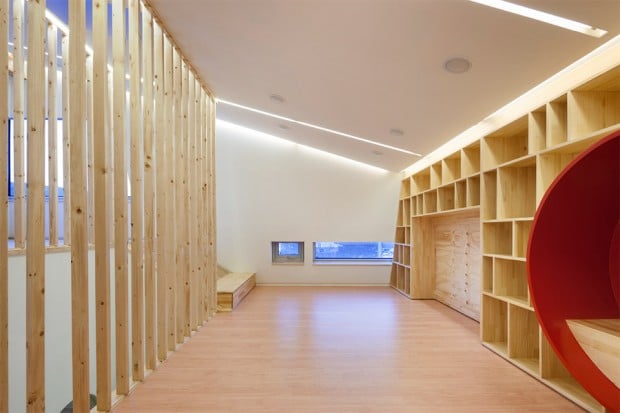 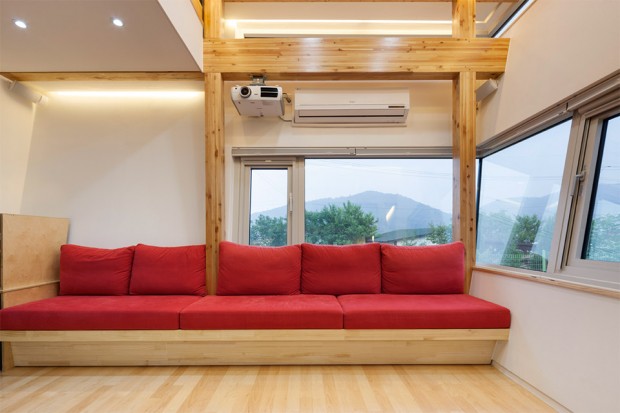 What’s interesting is that while the exterior is science fiction inspired, the interior just looks like a cool and minimal modern space, with tons of light and open wood beam construction. Clearly, the family that lives here is on the Light Side of the Force. Overall, the small house is a total of about 1410 sq. feet on three stories, and it does have one neat trick up its sleeves – a hidden door bookshelf which opens up to a playroom for young Jedi padawan. 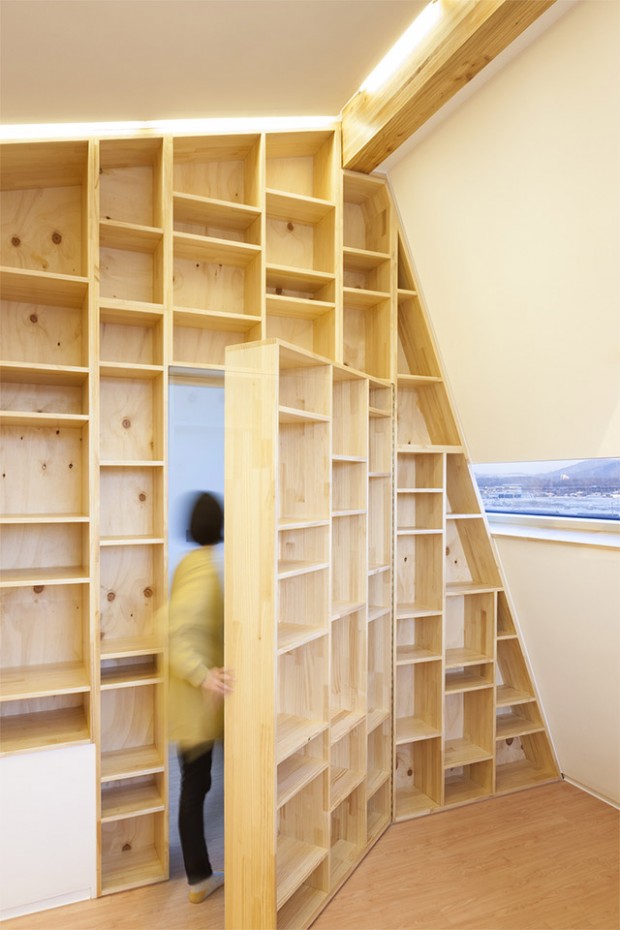 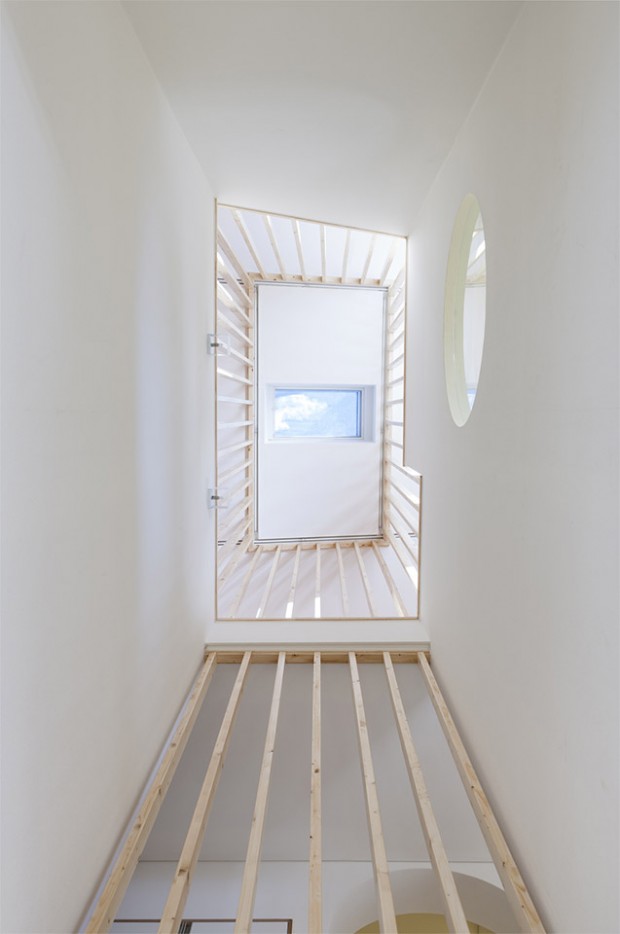 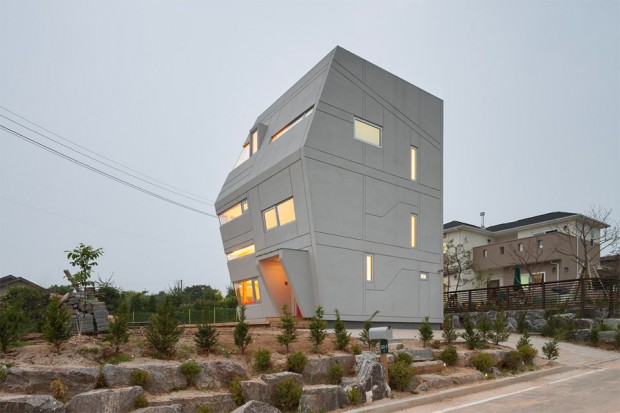