The Japanese manga/anime Attack on Titan is pretty awesome, and one of the reasons for that is the creepy flesh-less Colossal Titan most frequently associated with the series. And while it’s an imposing character, it’s not exactly the easiest thing to pull off in cosplay – unless of course you’re Heidi Klum.

But if you don’t have the makeup staff and budget of a Hollywood celebrity, you improvise, like Bruce Carr did. You see, Bruce recently created a Colossal Titan muscle suit entirely out of balloons. He was spotted showing off this awesome outfit at the recent Omni-Expo 2014 in Orlando, Florida. 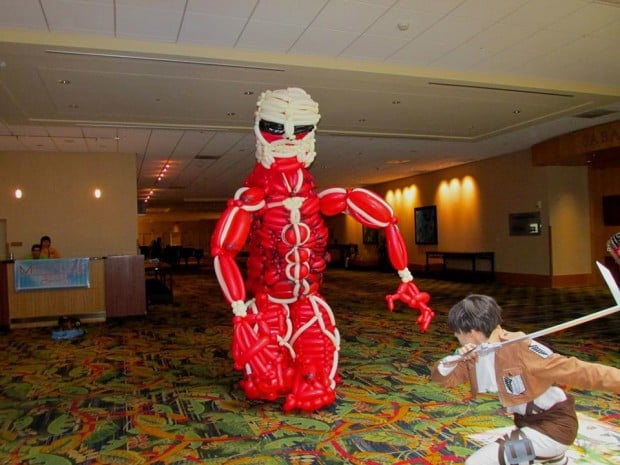 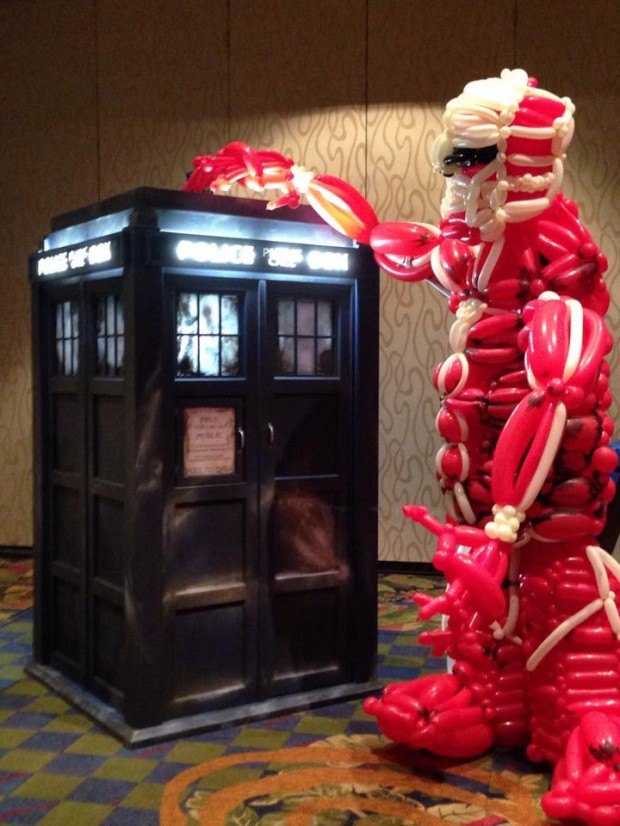 It’s really an impressive costume, given the fact that what we usually see made out of such skinny balloons are puppy dogs and flowers. 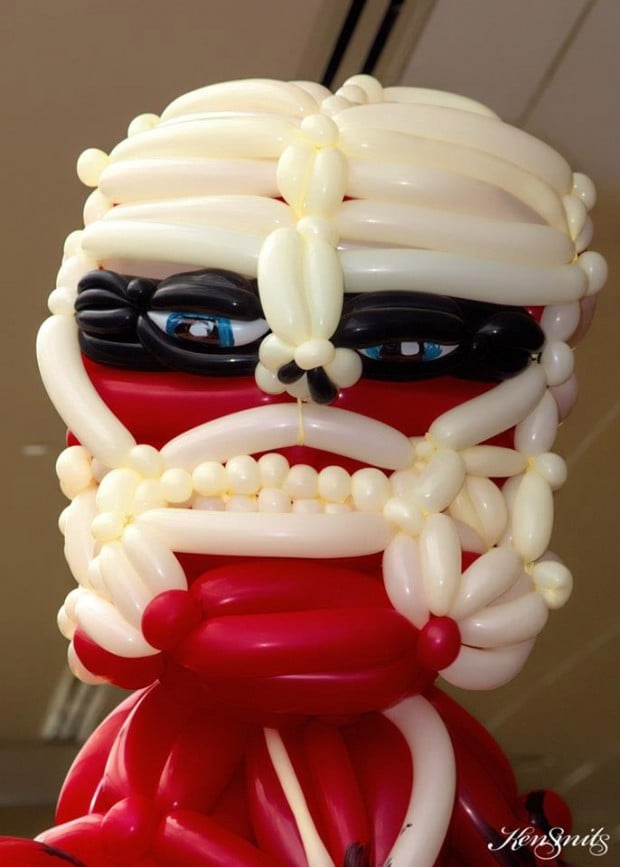 Check out the video above and find more pics over on DeviantART.