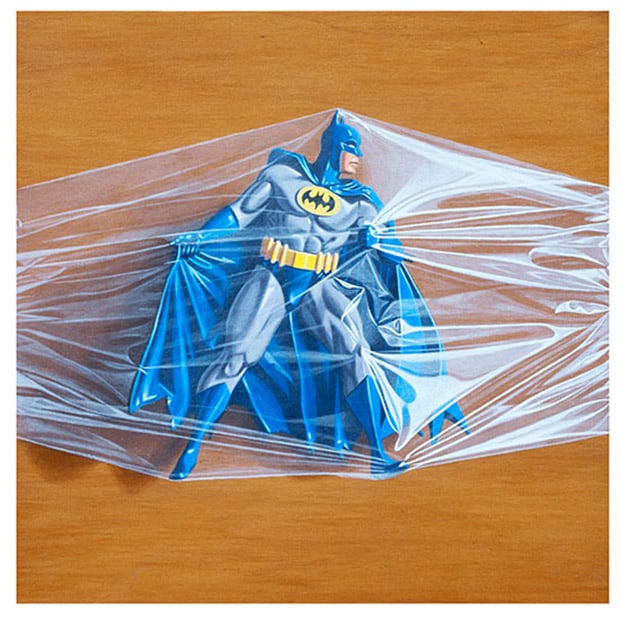 If you think about all those times that 1960’s Batman and Robin were held captive in some villain’s lair, facing certain doom, this series of trapped Batman images doesn’t seem that far off-base.

Artist Simon Monk created a series of hyper-real oil paintings in which Bats finds himself trapped in precarious situations. Whether stuck under packing tape, rubber bands, or cling wrap, Batman better hope he’s got something sharp in his utility belt, or he’s going to be trapped for a good long time. 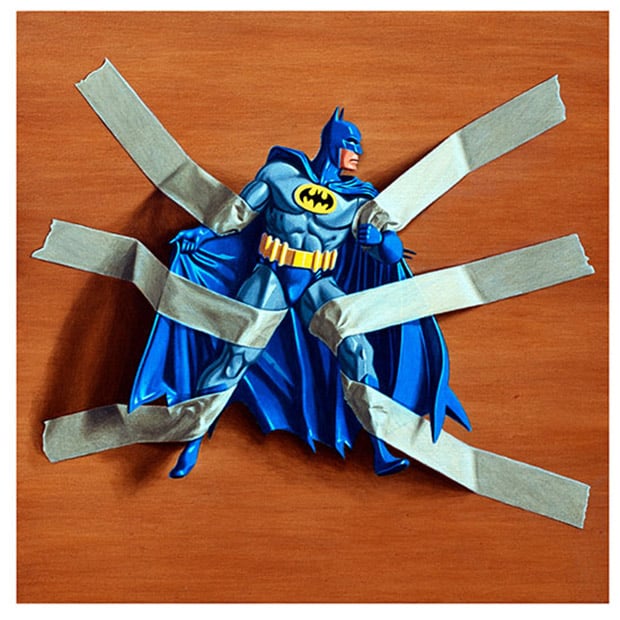 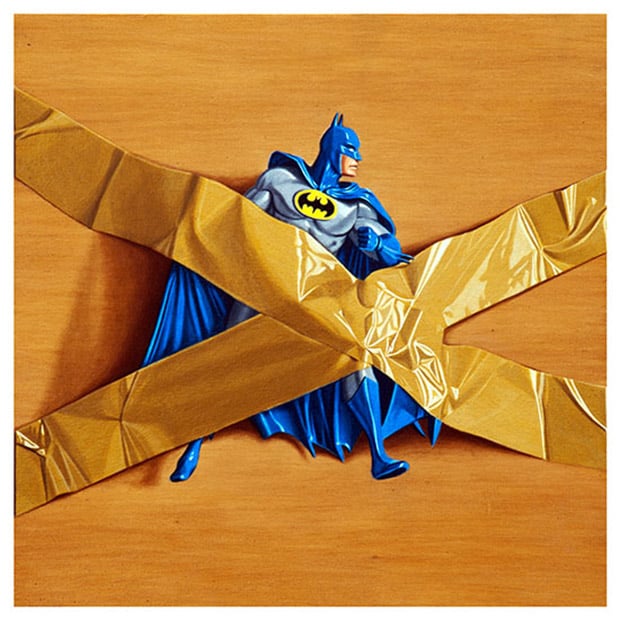 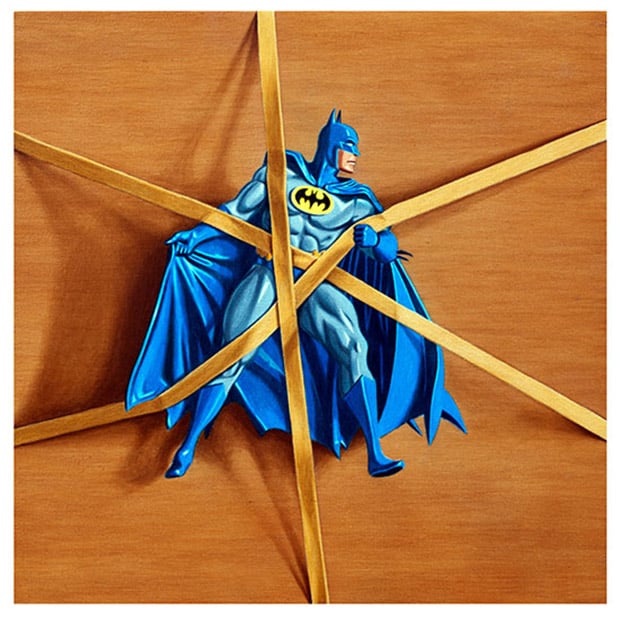 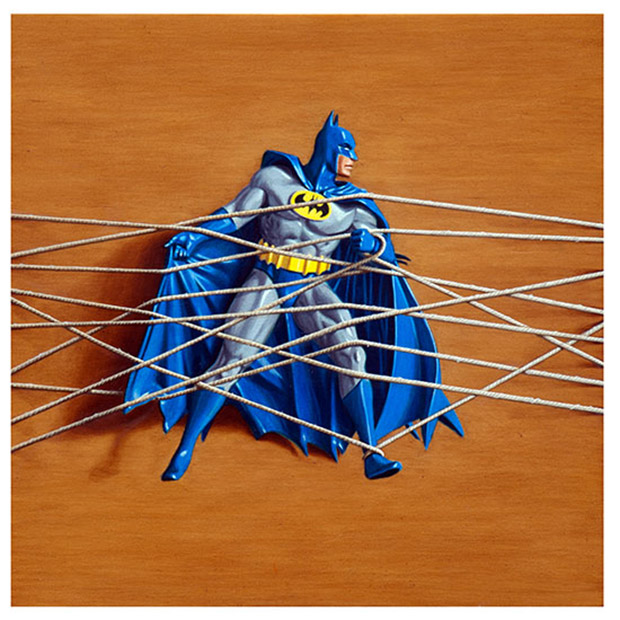 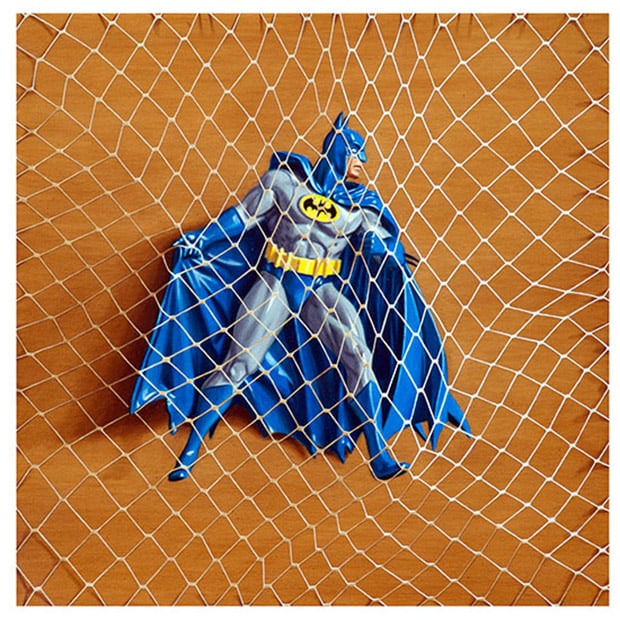