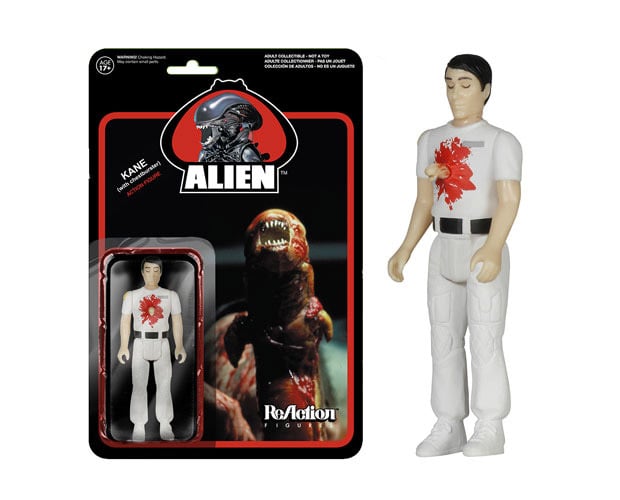 Alien is still one of the best and scariest science fiction movies ever made. In fact, it’s still one of the only movies that ever really made me jump out of my seat. Now you can commemorate the 1979 Ridley Scott classic with a series of collectible action figures which look like the came right out of the era.

These new figures are part of Funko’s retro-style ReAction series, which are 3-3/4″ tall figures with very simple joint articulation, just like those Kenner toys. Choose from Ripley in her spacesuit, Kane with a facehugger saying hello, or later when he’s greeted by a singing and dancing Chestburster (oops wrong movie), or the ominous Alien itself, with a lovely metallic sheen. 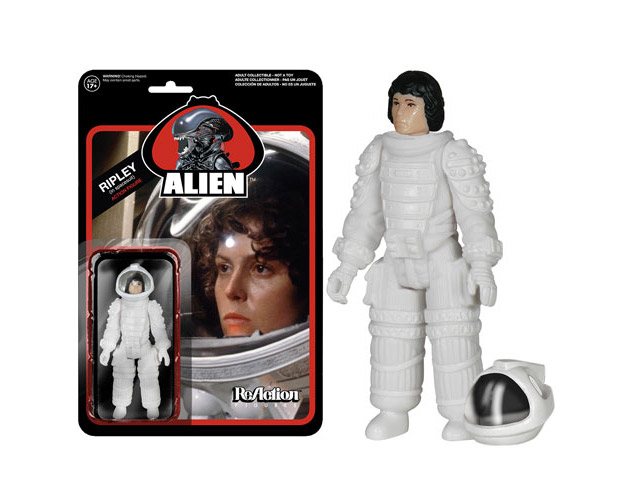 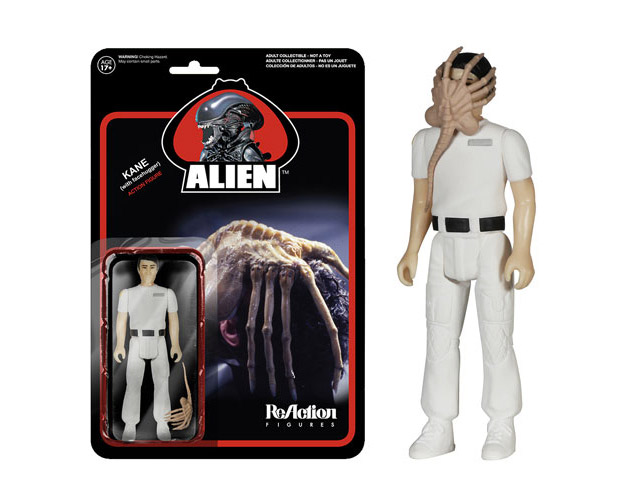 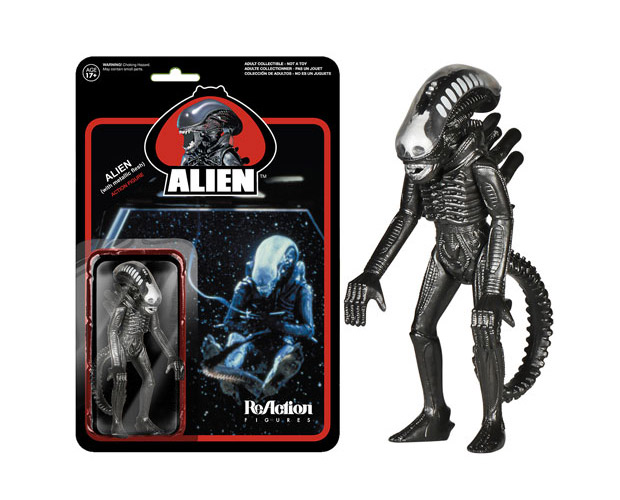 All four figures ship this November, and can be pre-ordered from Entertainment Earth now.