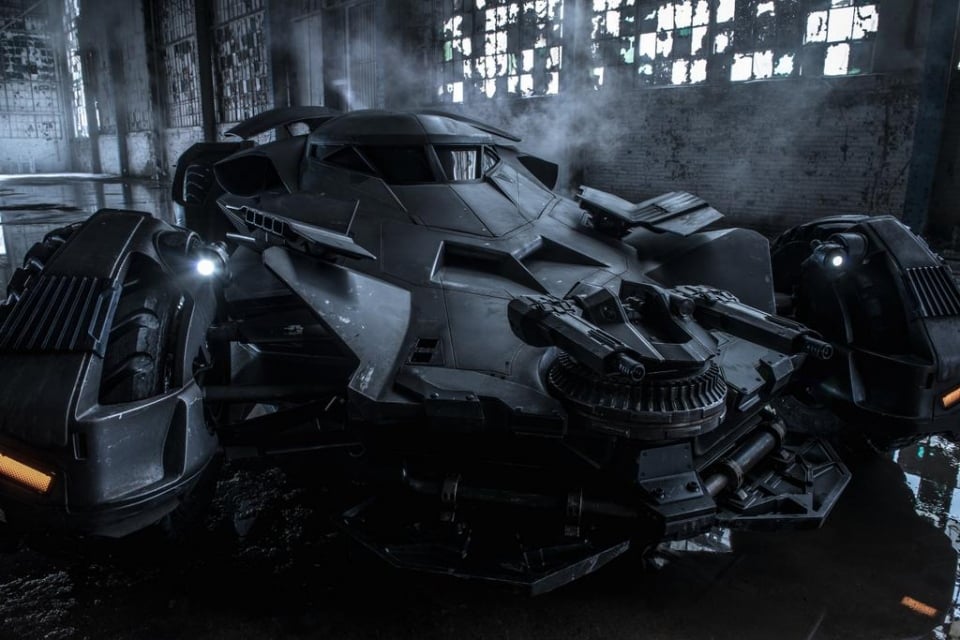 Yesterday we showed you some leaked pics of the new Batmobile from Superman v Batman. The pics were taken by fans who saw it while it was filming some Gotham scenes. Those pics gave us our first really good look at the new vehicle. Well, not long after, Zack Snyder tweeted out his own, “real” photo of the Batmobile.

Snyder’s tweeted image gives us a very good look at the machine gun turret mounted on the front. This armored car definitely fits a Zach Snyder Batman. Dark, sleek, twisted and keeping it real. I bet Superman has a real problem with those guns.