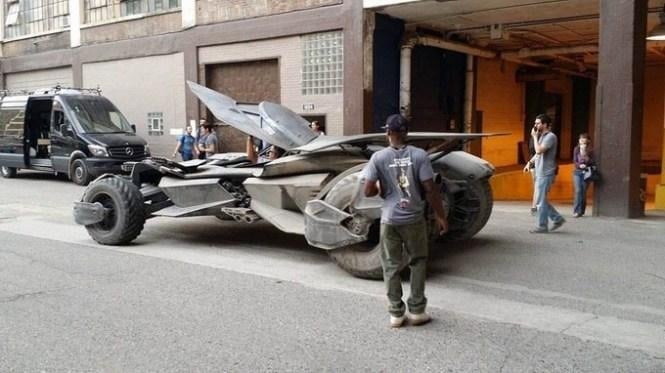 Even though the film will not arrive until 2016, Zack Snyder is hard at work on Batman v Superman: Dawn of Justice. Trust me, he isn’t slacking off and just playing with his movie toys, we have proof – like these leaked images of Batman’s new-look Batmobile. While they were shooting some Gotham scenes, fans were able to snap some shots of the Batmobile, giving us our first look at the car in action.

Now we can get a really good look at this vehicle. Not just shots from the front and back. I think it looks like an armored insect. In a good way. It seems to be part Tumbler from The Dark Knight and part Tim Burton’s Batmobile. What do you think? 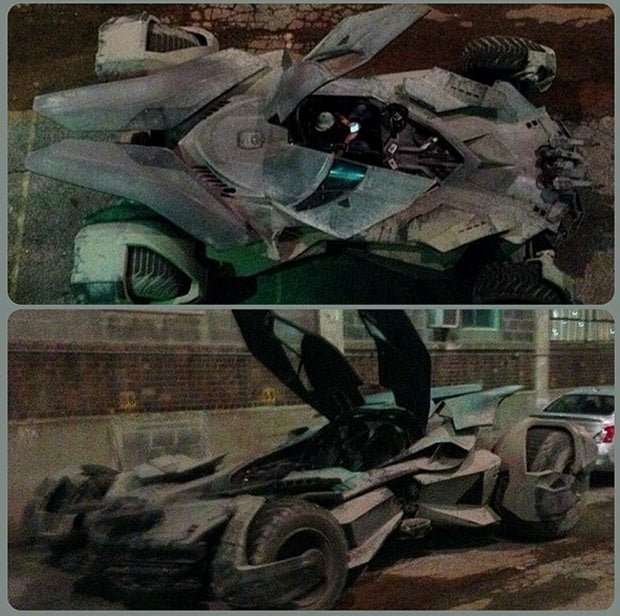