Infographic: Which Studios Own Marvel Characters? 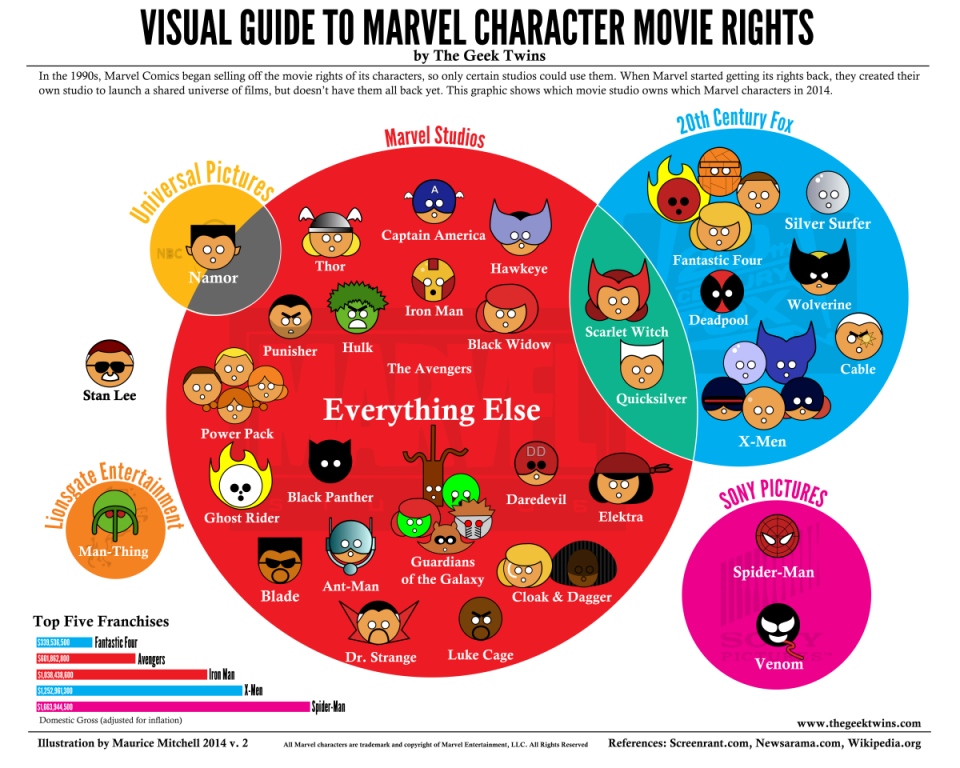 Most fans know that Marvel doesn’t actually own the movie rights to all of their own characters. For instance, the rights for Spider-Man and the X-Men are owned by Sony Pictures and 20th Century Fox. This is why it has been hard for Marvel to give fans the team ups they want in movies.

Lionsgate own the rights to Man-Thing, while Universal Pictures owns the rights to Namor. This infographic by Maurice Mitchell of The Geek Twins puts it all in perspective. Stan Lee? Well, he is just watching from the sidelines and enjoying millions of cameos as he takes care of that cool geek-stashe. Man that guy is living the best life.