Doctor Who Gets Last-minute Edit Before It Airs 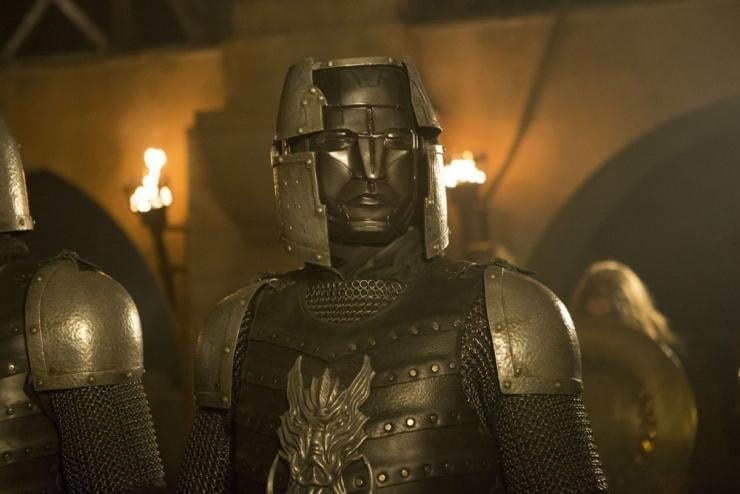 This week’s episode of Doctor Who has been changed. Here’s what happened. Much like how the Spider-Man movie was altered due to the events of 9/11 and changed from having Spidey spin webs between the Twin Towers, Doctor Who is now changing this weeks episode because of real world events.

Apparently, Doctor Who’s latest episode, Robot of Sherwood, had a decapitation in the climactic scene, but due to recent events in Iraq and Syria, a last-minute cut of that sequence has been made. A BBC spokesperson said, “In light of recent news events, we have made an edit to episode three out of respect.”

Sorry in advance if this turns into a rant. I might be in the minority here, and no disrespect toward anyone who got beheaded, but I am so sick of TV shows and movies being so politically correct that they think they need to alter their artform in order to “not offend.” The British are usually much better about this sort of thing, but they have apparently picked up some bad habits from America. No one likes to hear that bad people in the real world do bad things. But can we just leave it there and not change things all of time just because of feels?

I’m sure that a car exploded somewhere in the world today. Does that mean we have a moratorium on explosions in movies this month? That would put Hollywood out of business. I’m pretty sure that someone somewhere shot a deer with an arrow this week. Oh no! Take Darryl’s crossbow away on The Walking Dead. I can already hear ya. “But that is an animal. It doesn’t have the feels.” Well, maybe it doesn’t mean much to you and you think it’s nothing, but I guarantee you that the deer feels differently. Anyway, I’m pretty sure a human somewhere was shot with an arrow this week. Darryl has to go. Or just give him a water gun. That’s safe.

Here’s a good one. Many stupid humans have been killing themselves by walking into traffic while texting, or walking off cliffs or whatever these dumbasses are doing. Oh no. A bad thing happened. No more phones or stupid people should be on TV this week. This means that we should A) The doctor should take away Clara’s phone away, because you know…we feel so hard! and B) Ditch Clara for a new companion because it will remind us about stupid people in the news. And we all know that Clara has been pretty useless and stupid up until this season.

Basically I just want you to make good TV and stop being worried about being politically correct. I know the difference between fake violence and real violence. And you know what? The rest of the audience does too. When a show starts treating it’s audience like idiots, it’s best days are behind it and a decay has set in. History backs that up. I hope that’s not the case, but sadly, that’s how I see it.