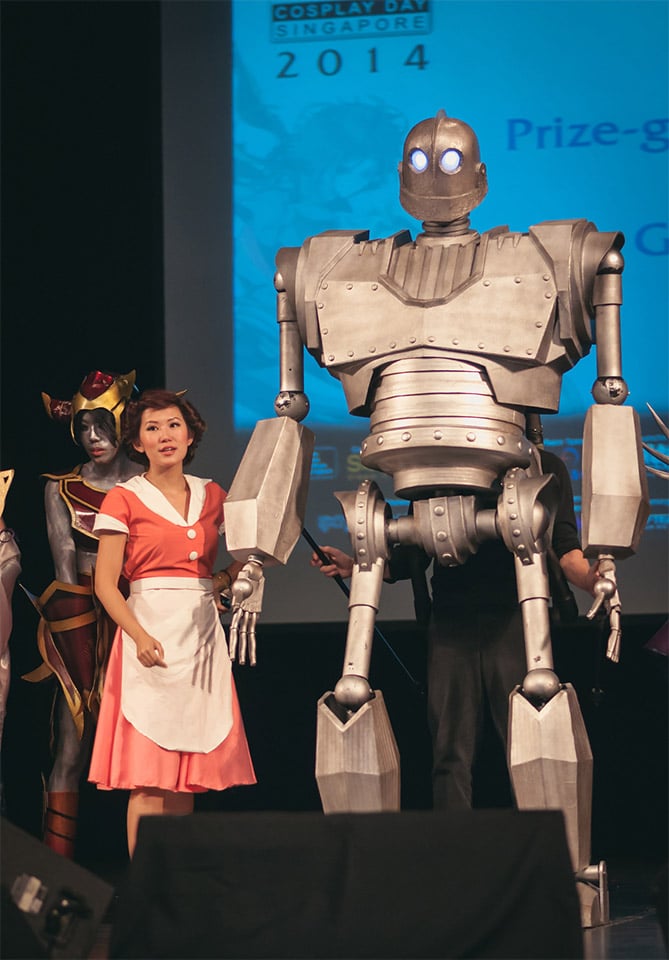 If you’ve never seen The Iron Giant, stop what you’re doing, head over to Amazon and rent the right now. It’s a true animation classic. 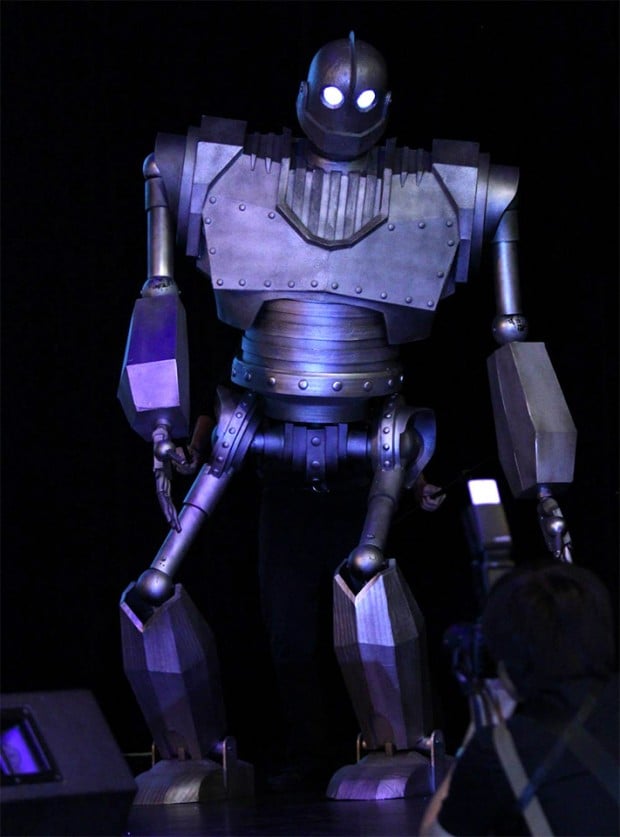 I suppose it’s more of a puppet than a costume, since the guy controlling the 9-foot-tall Iron Giant doesn’t get inside of the robot, but it’s still amazing.