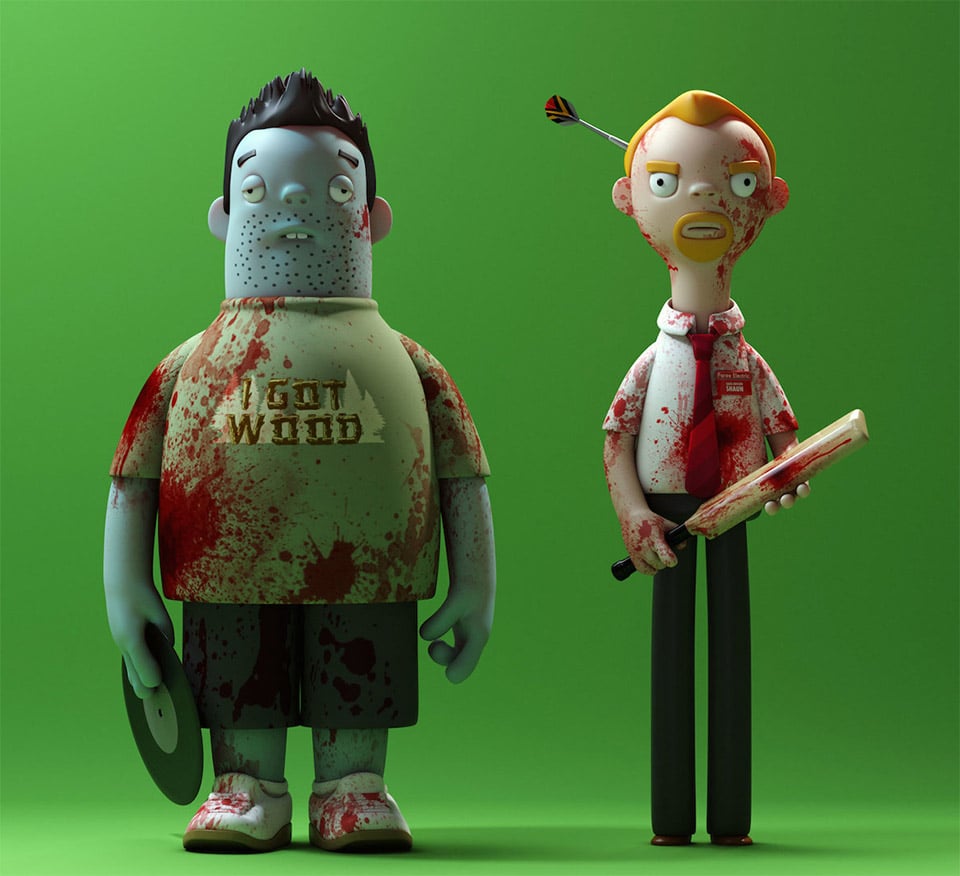 I’ve seen every movie Edgar Wright has directed, and there’s not a bad one among them. Of course, he’s best known for Shaun of the Dead, Hot Fuzz and The World’s End – known to many as the Cornetto Trilogy.

In tribute to the brilliantly funny and warped universe of Wright, Pegg and Frost, the guys over at animation studio A Large Evil Corporation designed three sets of vinyl figures – albeit in digital form. In the image above, you’ll find Ed & Shaun, and below Danny & Nick and Andy & Gary. Surprisingly, none of them are eating a Cornetto. 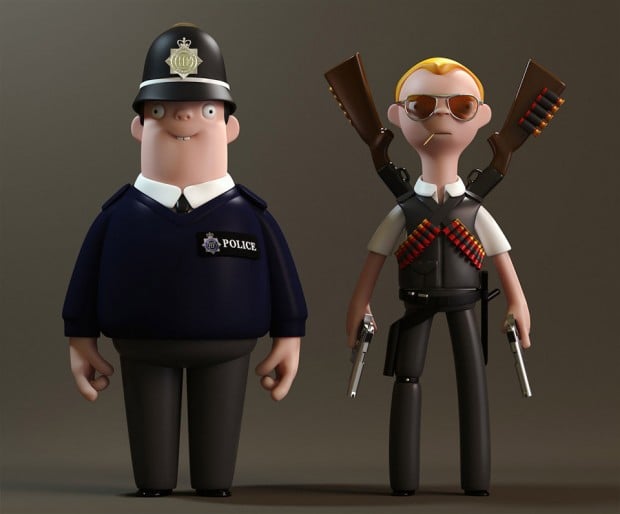 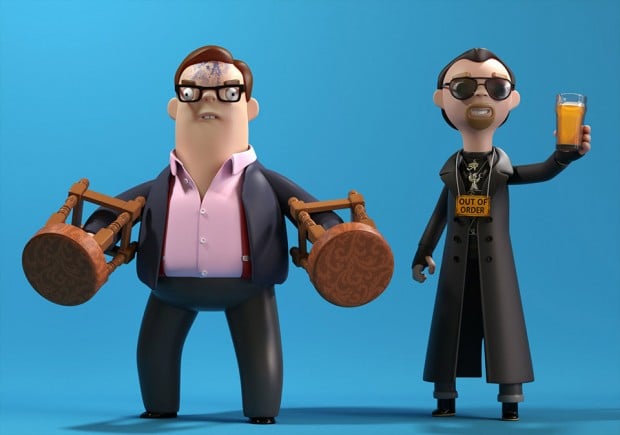 Sadly, there’s no word on if or when we’ll ever to be able to buy these as collectible toys, but I’d be first in line if and when we can.