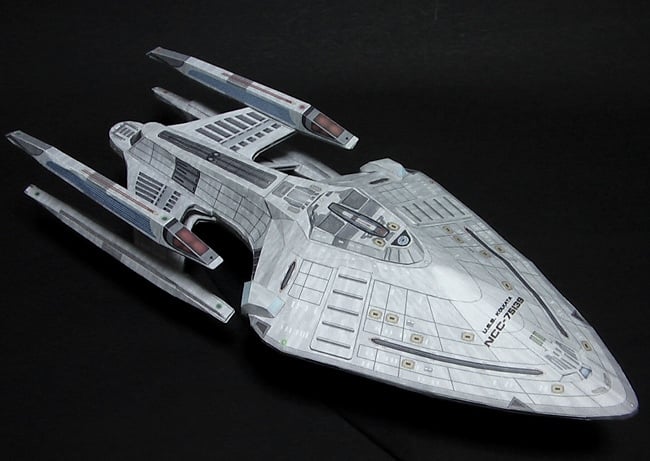 One of the neater starships to come out of Star Trek in recent years is the Prometheus class starship. This ship can split into three sections, which comes in handy during an attack. This ship class is also known for it’s installation of holo-emitters throughout the ship, allowing the EMH doctor to project itself anywhere on the ship and tend to patients with ease.

What you see here is a super impressive paper model created by Japanese designer Ikenohata. I also found a cool version here that you can buy from China and put together yourself. Hopefully it looks as good as this one. 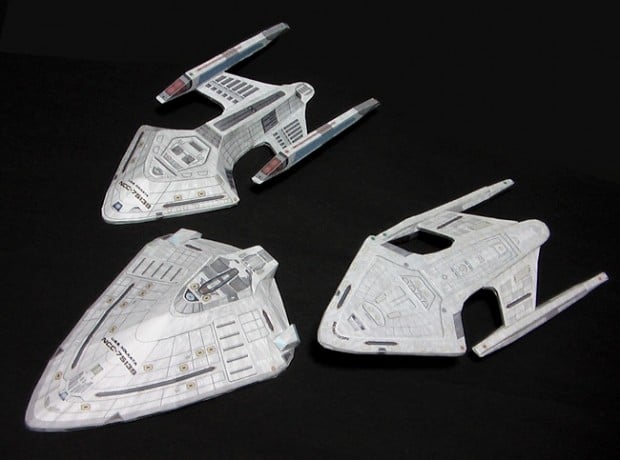