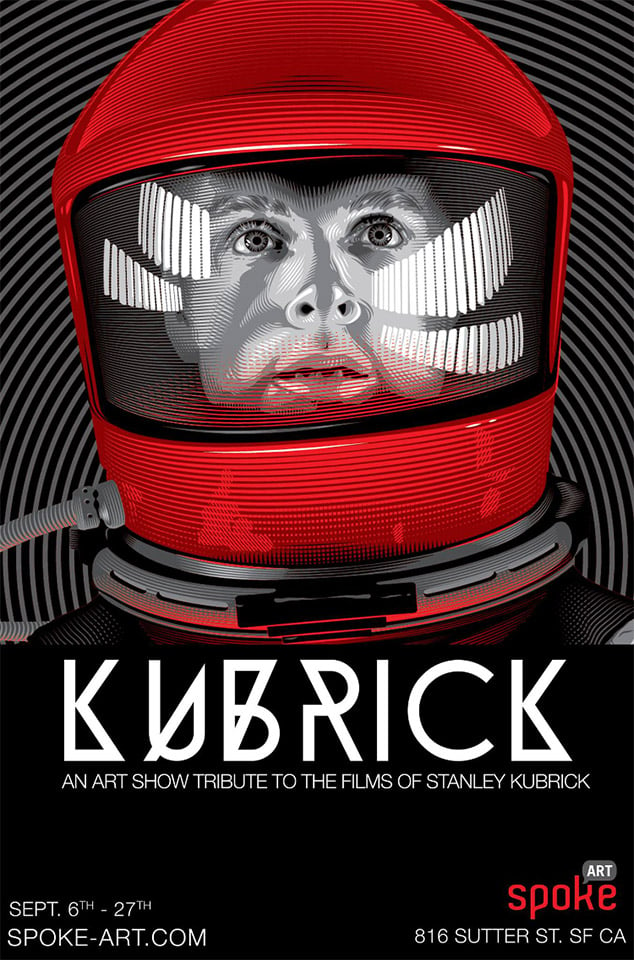 While the work of the late, great Stanley Kubrick isn’t limited to science fiction, 2001: A Space Odyssey is considered one of his masterpieces. Similarly, the images inspired by the Arthur C. Clarke story are some of the most eye-popping of the Stanley Kubrick tribute show at San Francisco’s Spoke Art Gallery.

There’s no question that the dramatic image above of Keir Dullea’s Dave Bowman done to look like an engraving by Tracie Ching is amazing – and I want a copy of it to hang on my wall NOW. And speaking of 2001, here’s a sneak preview of part of an image by Michelle Romo (aka Crowded Teeth) which takes a slightly more lighthearted approach to the astronaut: 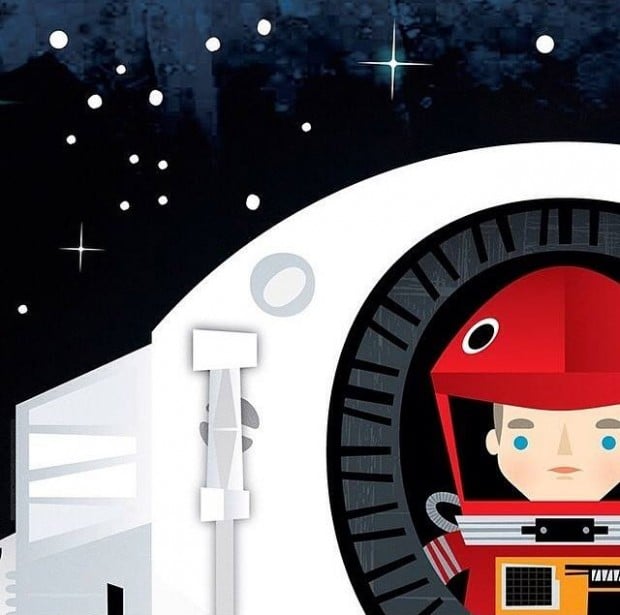 These mindblowing images by Van Orton Design paint Space Odyssey and The Shining in a sort of Daft Punk disco-inspired color scheme: 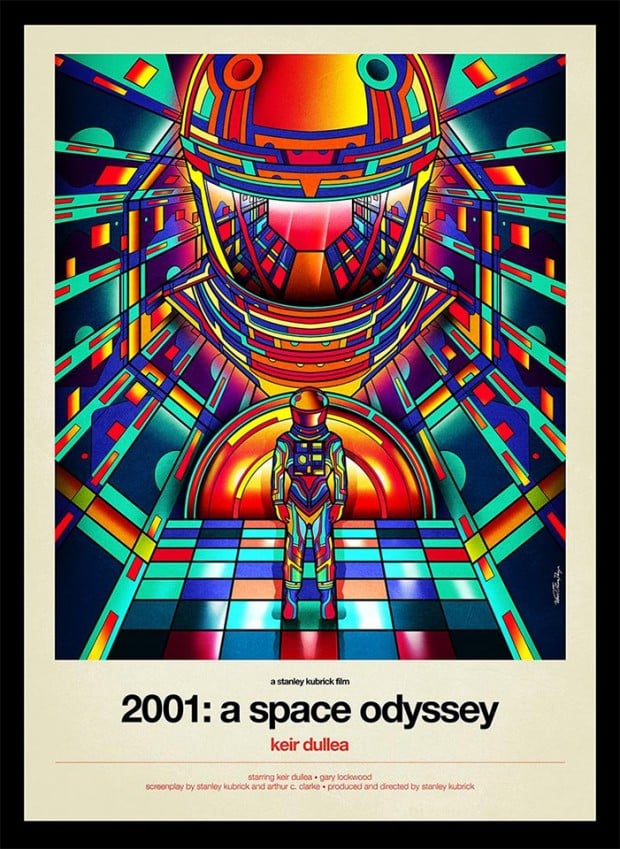 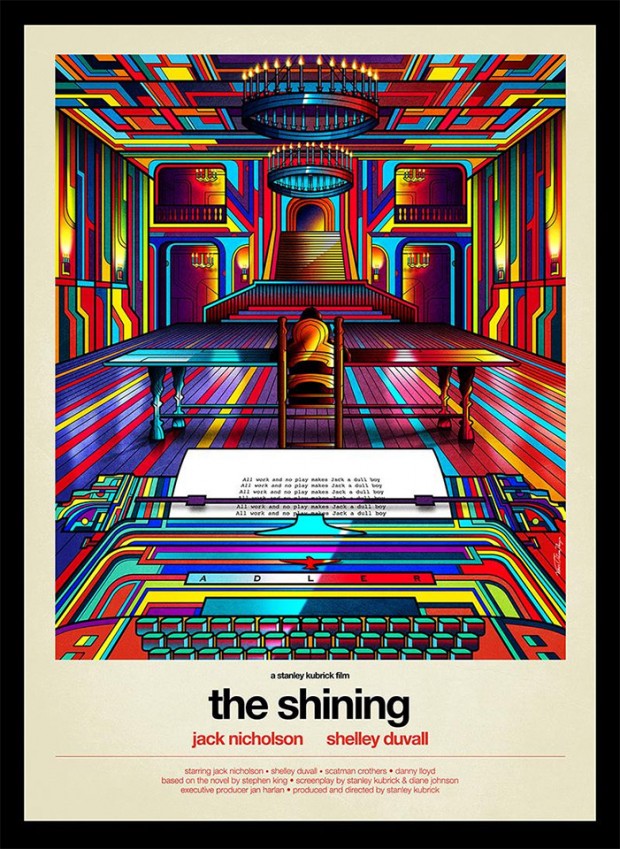 I’m also smitten with artist Nicole Gustafsson‘s snow globe filled with the Overlook Hotel and set on a backdrop of its iconic and dizzying carpet. I like to imagine that a tiny Jack Nicholson is buried under all that snow. 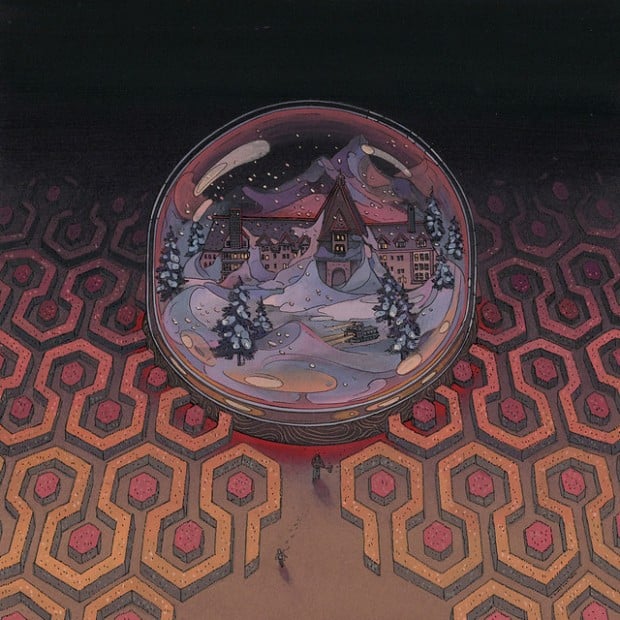 And this Doctor Strangelove image by Sam Gilbey is just amazing – though I’d replace the airplane with Slim Pickens riding if I had a choice. 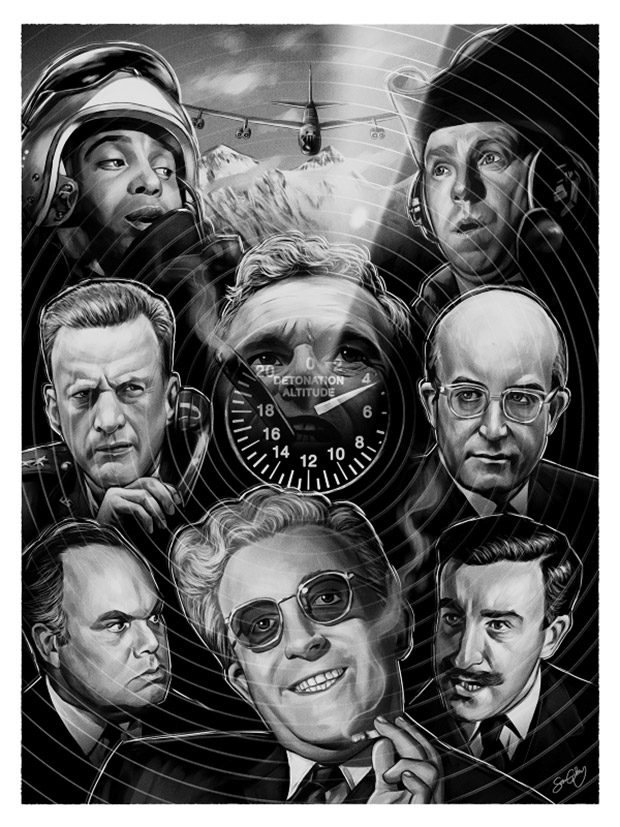 Artists to be featured during the exhibition include:

The show runs from September 6th through September 27th at Spoke Art Gallery, and you can RSVP for the opening on their Facebook page.