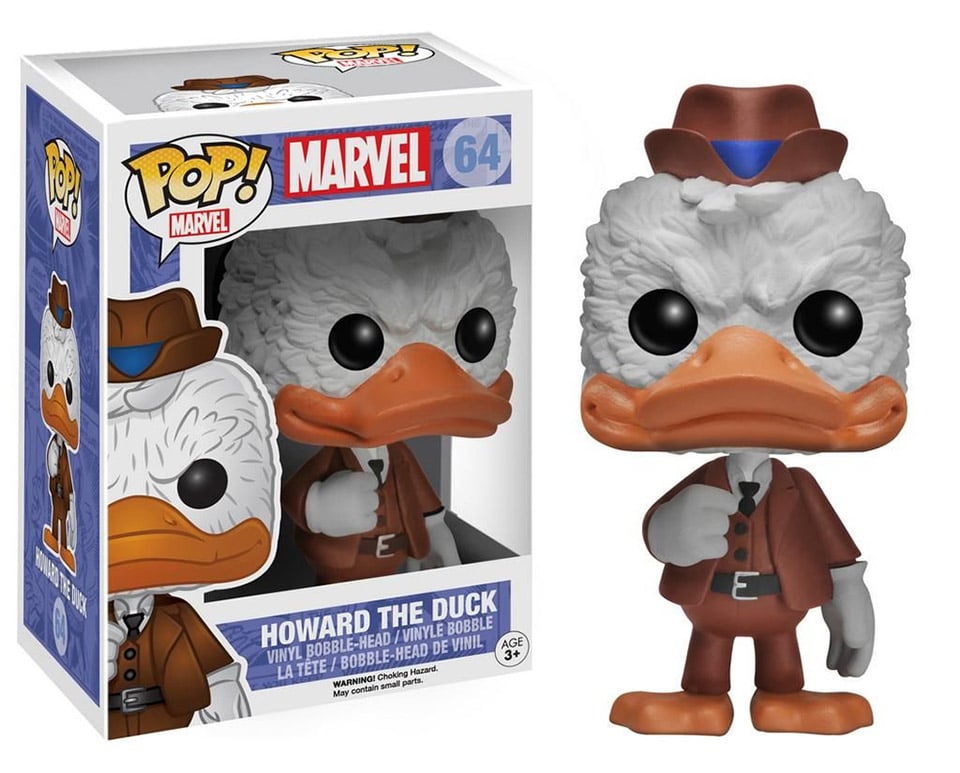 If you’re going to have one toy based on the ending credits of Guardians of the Galaxy, why not have two. After all, your Dancing Groot bobblehead is going to be awfully lonely, no? Turns out that Funko is also releasing a bobblehead based on surprise guest star Howard the Duck.

And this isn’t that perplexed looking 1986 Howard the Duck. It’s the disgruntled water fowl that we all know and love, except with an oversize head. And without a drink in his hand. He’s available for pre-order now, and ships in December 2014, which is way sooner than you can expect another Howard the Duck movie.