Where No Selfie Has Gone Before 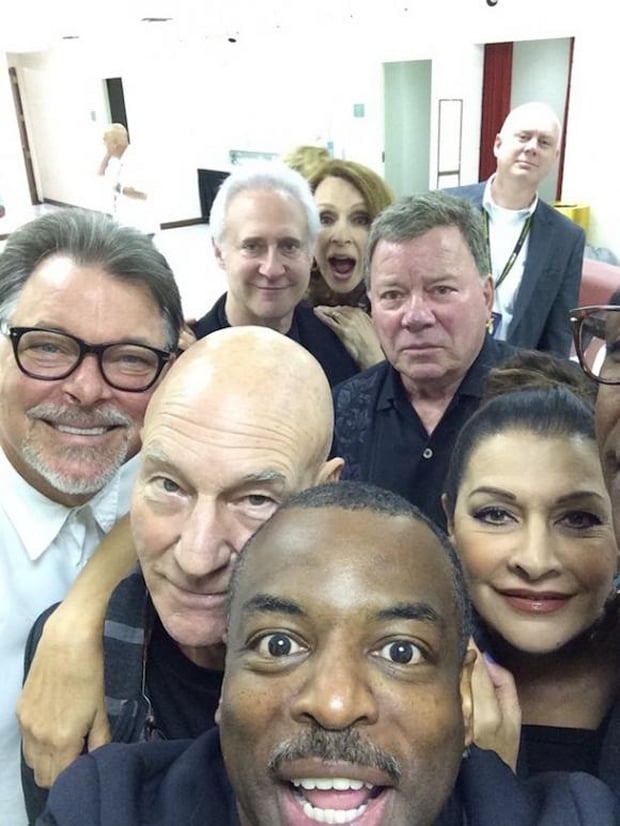 Magical things have been known to happen when you get a bunch of Star Trek stars together in one room. Especially if LeVar Burton is around taking selfies. This is a selfie for the Star Trek history books.

It all happened just before heading out onto the stage at Wizard World’s Chicago Comic Con this past weekend. Burton assembled all of the Star Trek: The Next Generation cast members who were there as well as William Shatner who was the panel host. They all look like they are having a great time (though Shat looks a little grumpy.C) Included here are: Levar Burton, William Shatner, Patrick Stewart, Jonathan Frakes, Gates McFadden, Marina Sirtis, Brent Spiner, and half of Michael Dorn’s eyeglasses.

That guy in the back looks familiar, though I am not sure who he is. Could be Professor X…Or Californication’s Runkle.