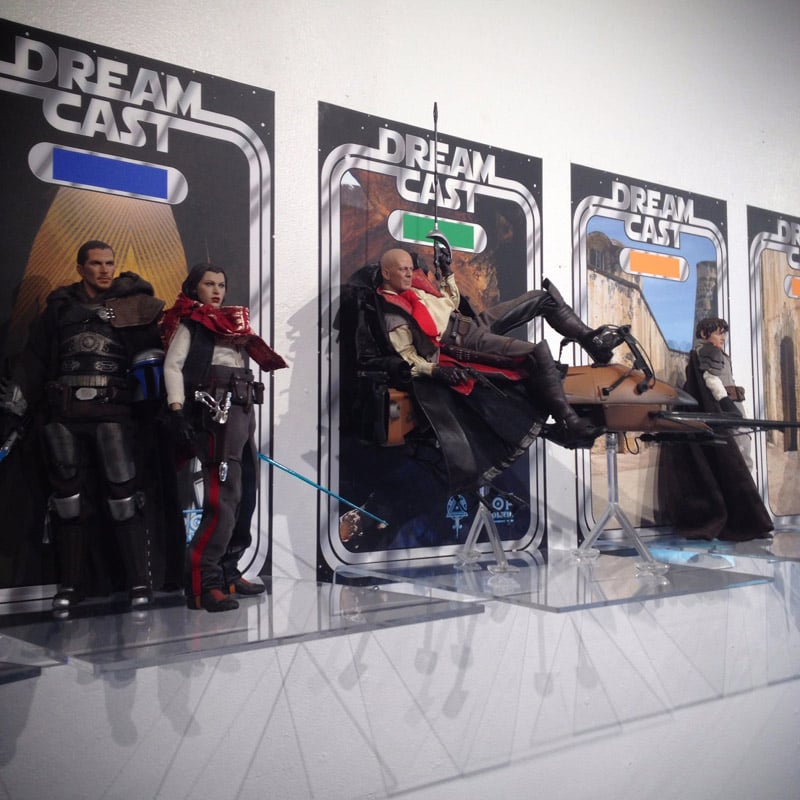 While these action figures might look vaguely familiar, they’ve never appeared in a movie, comic book, or TV series. Nope, these figures are all part of the completely fabricated sci-fi action world of Dream Cast: A 1/6 Scale Space Opera – an art exhibit by designer toy Justin Alan Volpe. 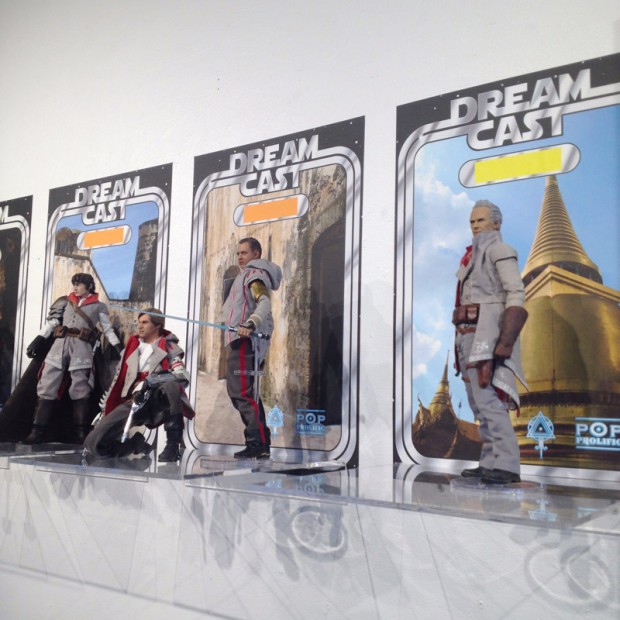 Justin has experience working as a sculptor for famed pop artist Jeff Koons, and is also a costume fabricator for Sideshow Collectibles, among other things, so he definitely knows what he’s doing.

Each of his characters has been outfitted with a costume, accessories, and a Kenner Star Wars style backdrop for a fictitious adventure, and is played by one of several well known Hollywood actors, including Arnold Schwarzenegger, Tom Hanks, Brad Pitt, Jeff Bridges, Johnny Depp and Anthony Hopkins, Woody Harrelson and Christian Bale, among others. The story takes place in a universe populated by Force Benders, Space Cowboys and an android rock band dubbed The Seekers. 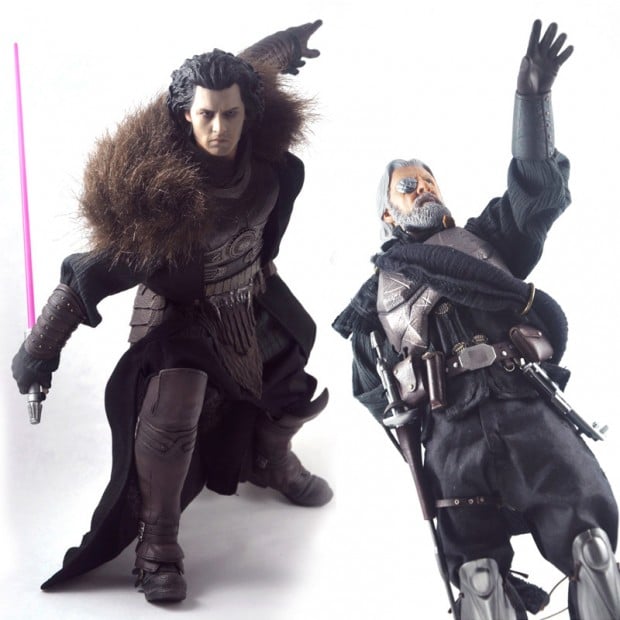 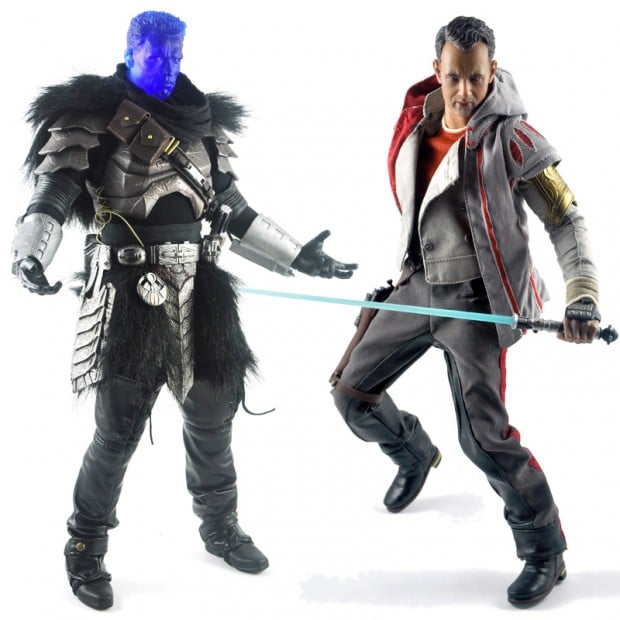 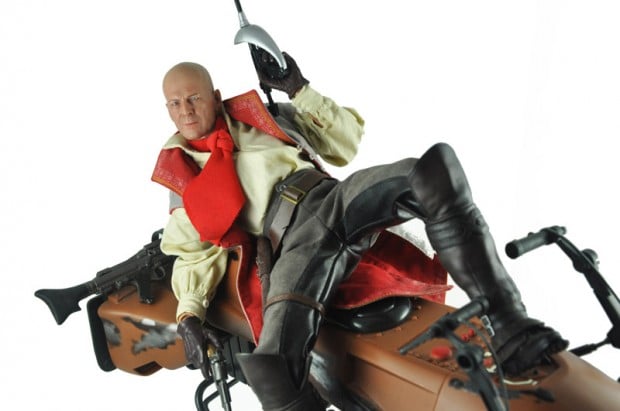 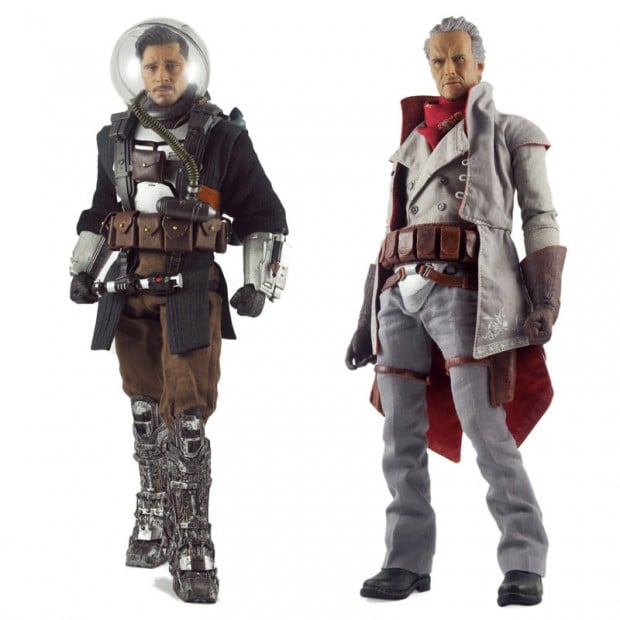 And if you look closely, all the Seekers have the heads of Decepticons. That can’t be good for our heroes. 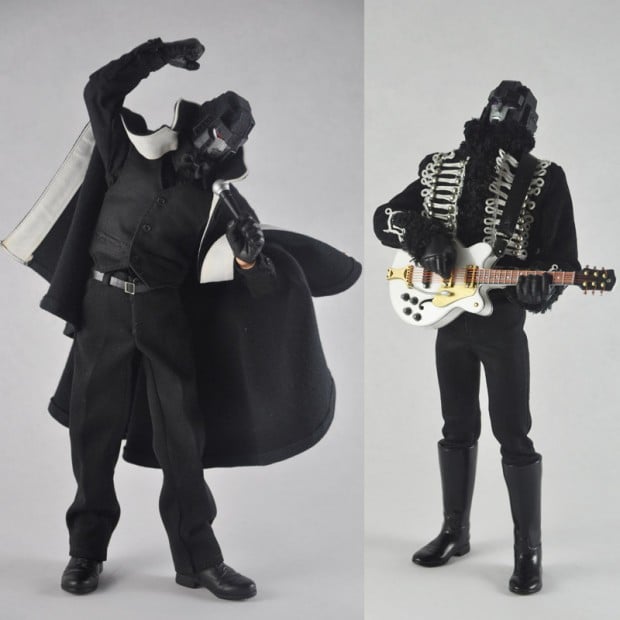 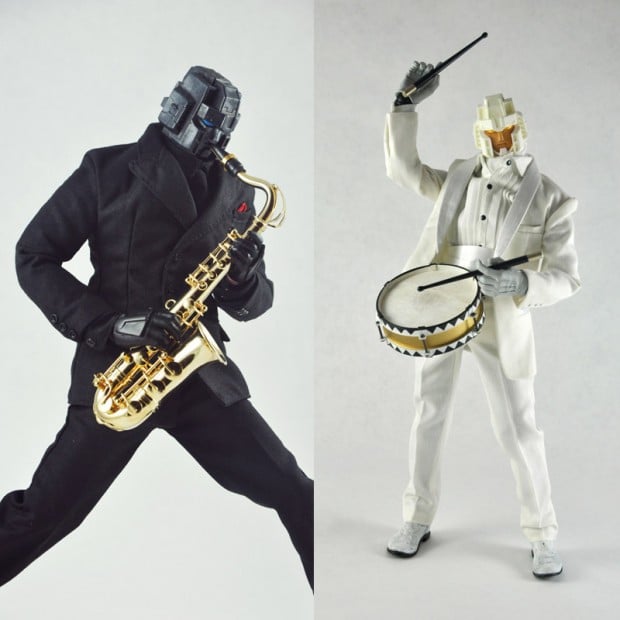 The figures are for sale for $500 to $600 each, and the backdrops can also be purchased as 13 x 20″ vinyl prints. The installation is on exhibit at New York’s My Plastic Heart until August 31, 2014, after which point the figures will be shipped out to buyers.