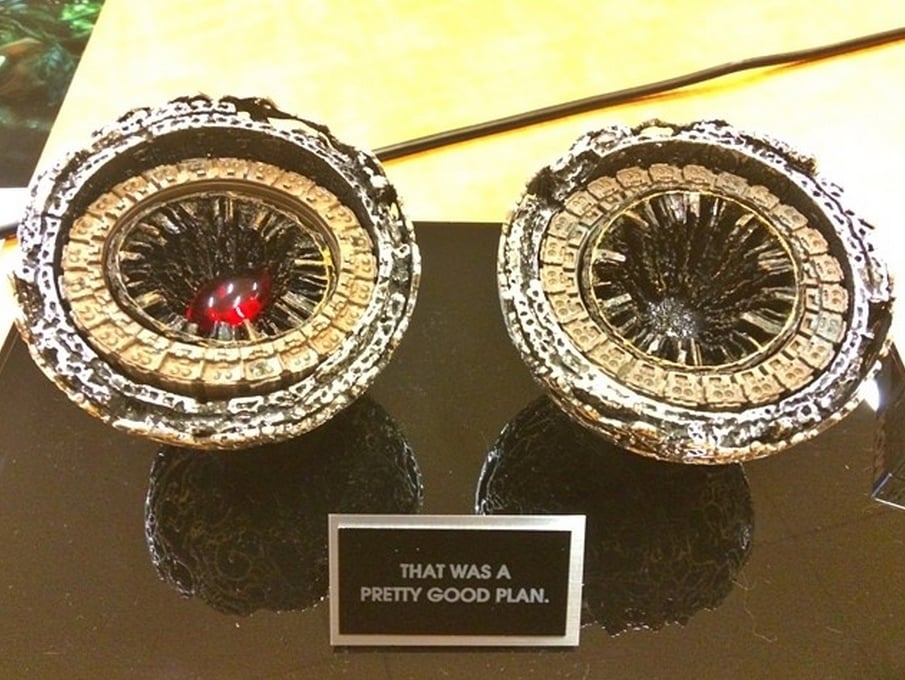 James Gunn did what no one else could do. He brought the Guardians of the Galaxy to the big screen – and he did it really well. It was taking a big chance for the studio. This isn’t Thor or Captain America. The man deserves a reward for making such a great movie, don’t you think? As one of the benefits of his achievement, he managed to get himself an Infinity Gem for his birthday.

Marvel sent the gem to the director for his 44th birthday on August 5th. Let’s hope he doesn’t abuse such awesome power. The red Infinity Gem is “the Power Gem, which can access all power and energy that ever has or will exist, and can boost the other gems’ effects. It allows the user to duplicate almost any physical superhuman ability and grants Omnipotence.”

We should all be scared – especially in the hands of the guy who made Super and Slither.