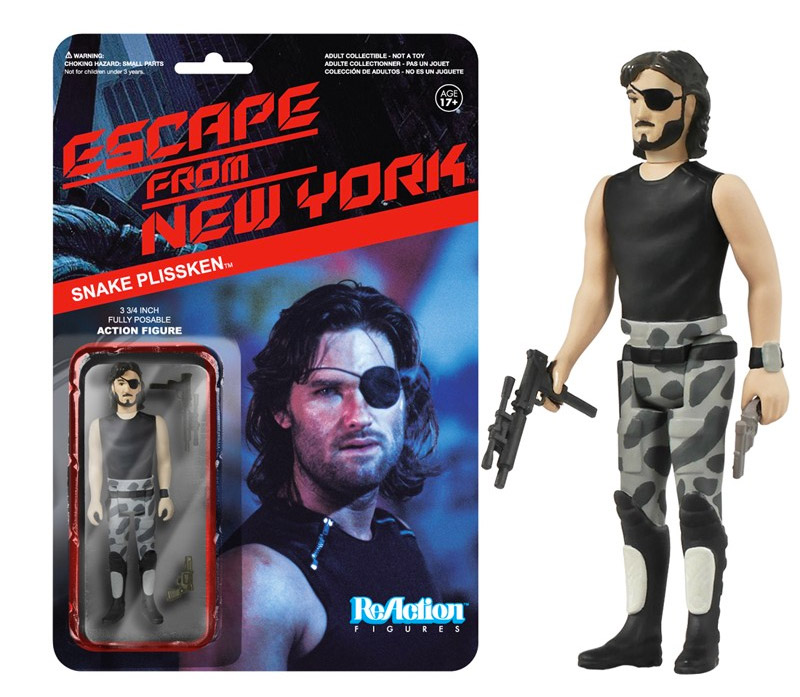 The figure is done up in the style of classic action figures from the 1970s and early 1980s, and while it’s not a dead ringer for Kurt Russell and his stubble, that’s part of the charm of these kind of simple figures. Snake measures just 3-3/4″ tall, and has a whopping five points of articulation – so don’t expect to bend him into a shape that will fit into a half blown-up toy taxi cab. He’s also got a machine gun and pistol to help with his escape.