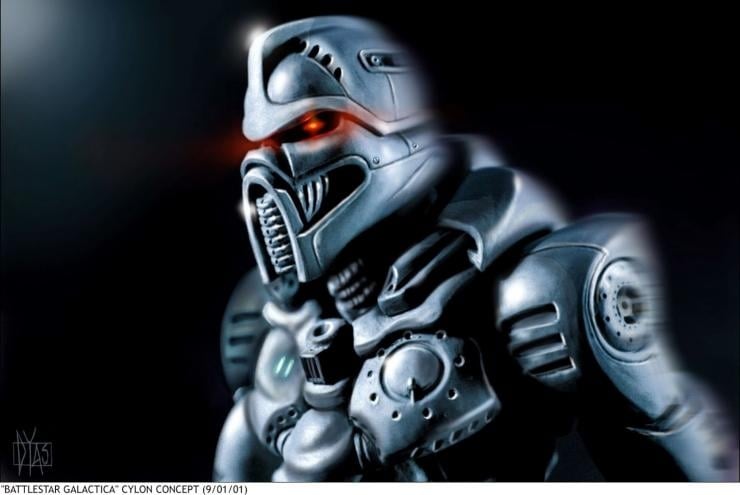 A few years after creating The Usual Suspects, director Bryan Singer almost got a Battlestar Galactica series on the air, but sadly it never happened. He had this series in the works around 2000-2001, and it got pretty far into development before 9/11 happened and the project was stalled. Sadly that affected many projects at the time.

Singer eventually went on to make the X-Men movies, among others. It would have been fascinating to see what that series would have been like. Well, thankfully we now have some idea. Some new concept art from the project has shown up online. We now can see things like a Viper, some interior sketches of the Galactica and some Cylon designs that look a bit like they belong in a video game.

The images were created by Guy Hendrix Dyas, a production designer with a number of major Hollywood movies to his credit, including Inception and X2: X-Men United.

This series would have been different from Ronald E. Moore’s take, that’s for sure. Hit Film Sketchr for more great art. 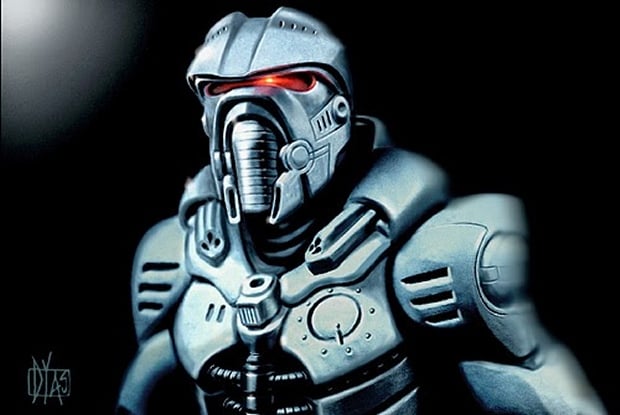 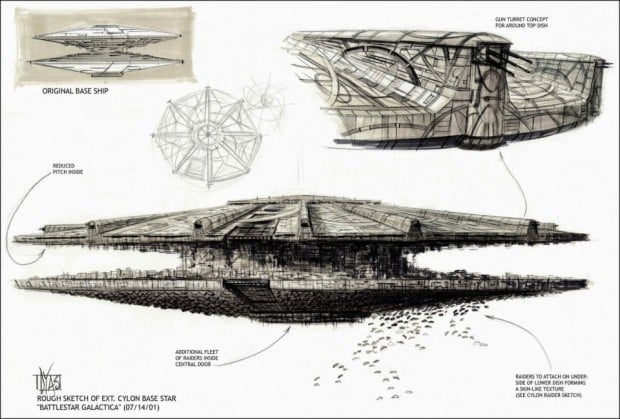 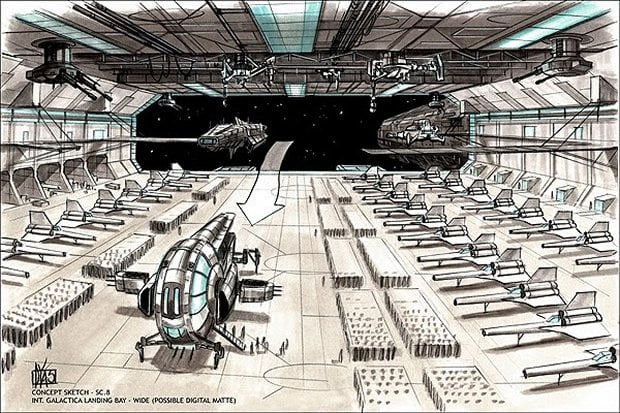 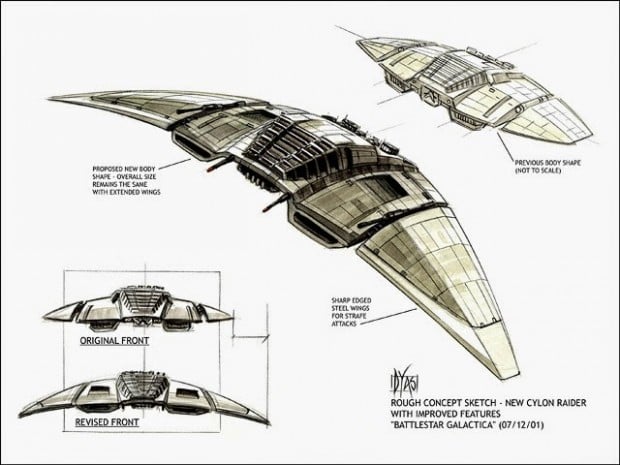