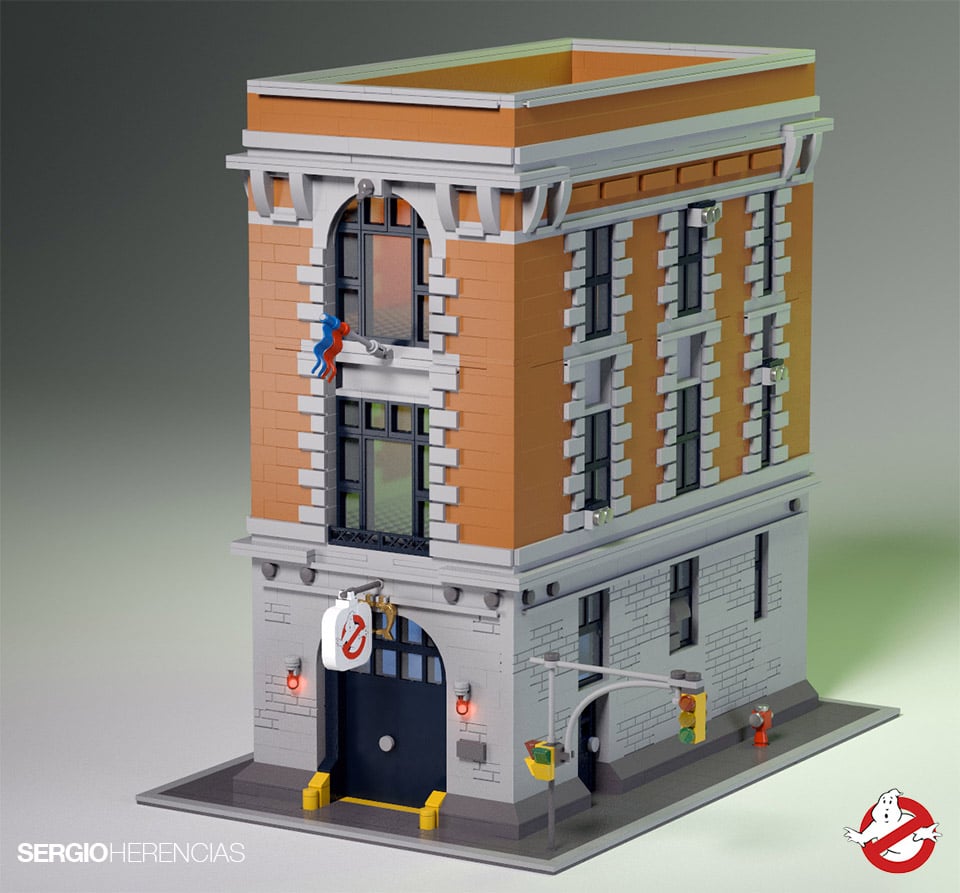 We’ve already seen one Ghostbusters LEGO kit go from concept to actual product on the LEGO Ideas crowdsourcing website, and now it looks like another will at least make it to the consideration stage. With over 9500 votes at the time of writing, this Ghostbusters HQ model needs just a handful of additional votes to go to the critical next stage at LEGO. 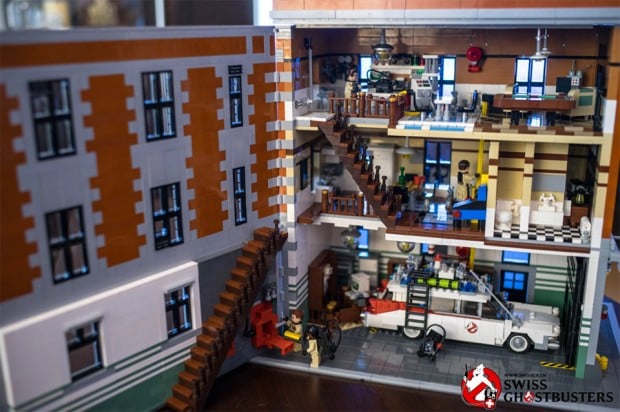 Designed by Sergio Herencias, this is a beautiful and intricate model of the Ghostbusters’ firehouse headquarters. As currently designed, the building is constructed from approximately 2800 LEGO parts, and takes about 20 hours to put together. The completed model measures about 15″(H) x 13″ (W) x 6.7″ (D).

There’s also a more complex version made from over 5700 parts, which is much more detailed, and much more likely to be the sort of thing LEGO might release in its Ultimate Collectors Series. 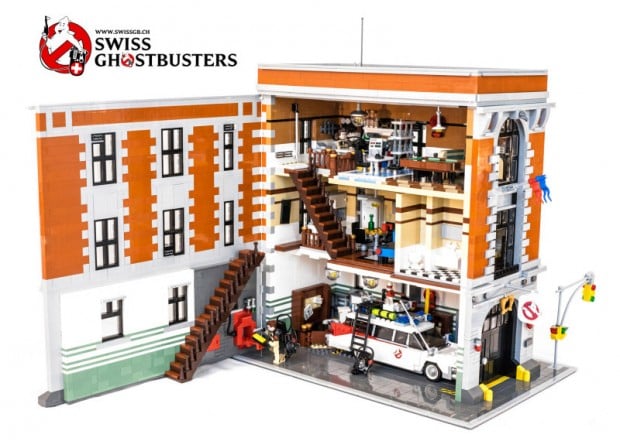 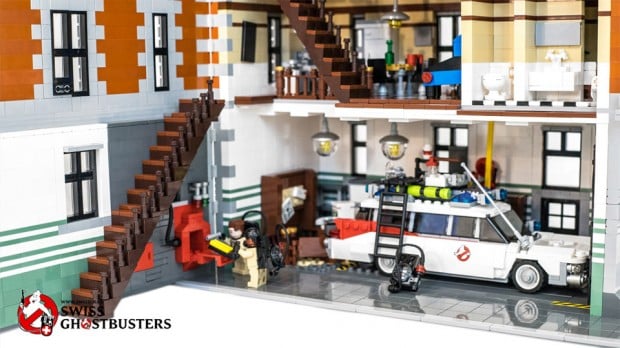 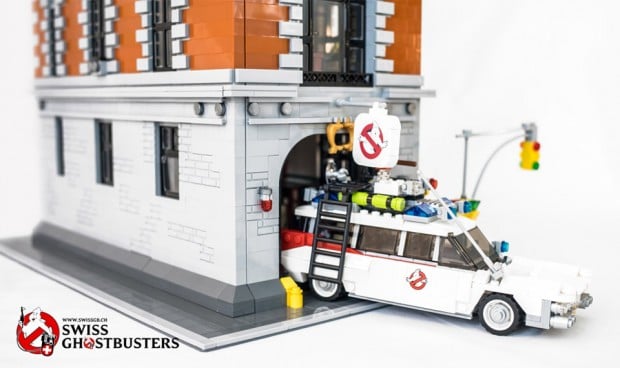 The larger version building is loaded with neat details both inside and out including a parking bay for the official Ecto-1 model, detailed rooms for your Ghostbusters minifigs to hang out in, a full kitchen, Egon’s lab, a game room and even a firepole for them to slide down.

So head on over to LEGO Ideas and vote for this awesome build so LEGO moves forward and produces it. Then head over to the Swiss Ghostbusters page for more pics of both models, and to download plans in case LEGO never produces them.