Galaxy Quest Is Returning as a Comic Book 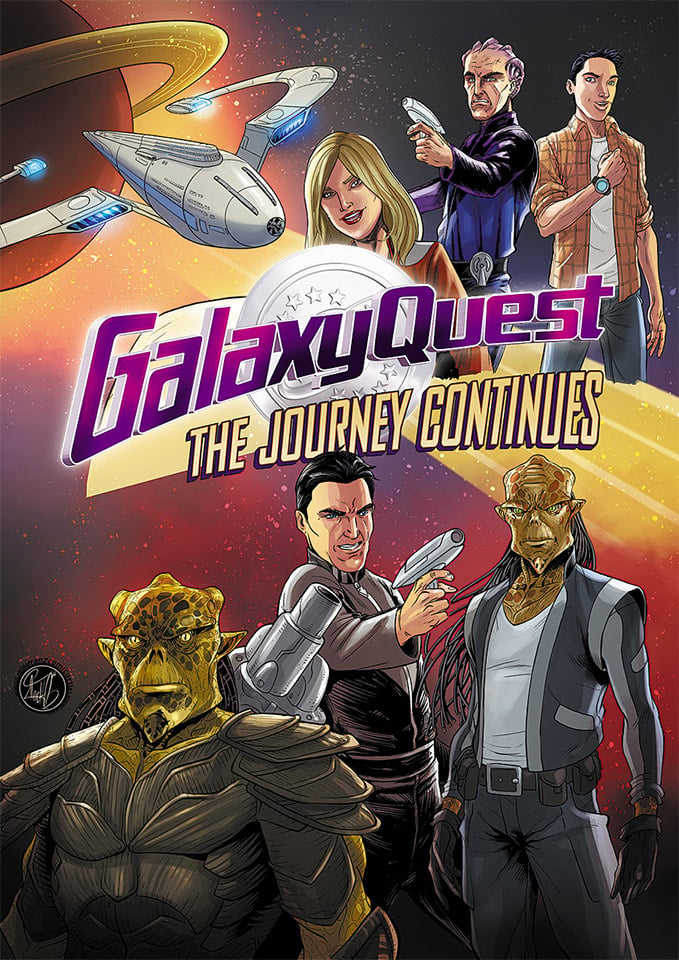 It’s been almost 15 years since the film Galaxy Quest arrived, poking fun at Star Trek and becoming a bit of a cult hit among fans. Now, the crew is ready to come back for more adventures. However, don’t expect to see Tim Allen, Sigourney Weaver and Alan Rickman back together on the big screen anytime soon. This won’t be a film sequel, but a comic book.

IDW now has the rights to make a new comic book series called Galaxy Quest: The Journey Continues. It will be up to writer Erik Burnham and artist Nacno Arranz to bring the series to life. Everyone from the movie will be back and we will have some brand new adventures. As many have already said, this was a better film than Star Trek: Into Darkness, so at least we will have something good in the way of a new Trek. I’m really interested to see what becomes of this. I predict a new movie within three years.