Darth Vader is still one of the greatest villains in the history of motion pictures. This is impressive for a character whose last proper appearance was in a film made in 1983. And no, his reveal at the end of Revenge of the Sith doesn’t count. No David Prowse, no Vader as far as we’re concerned. This time-lapse clip from artist OrangeMonkey92 creates a very special image of the man-machine everyone loves to hate, combining the world of M.C. Escher with the world of Star Wars. 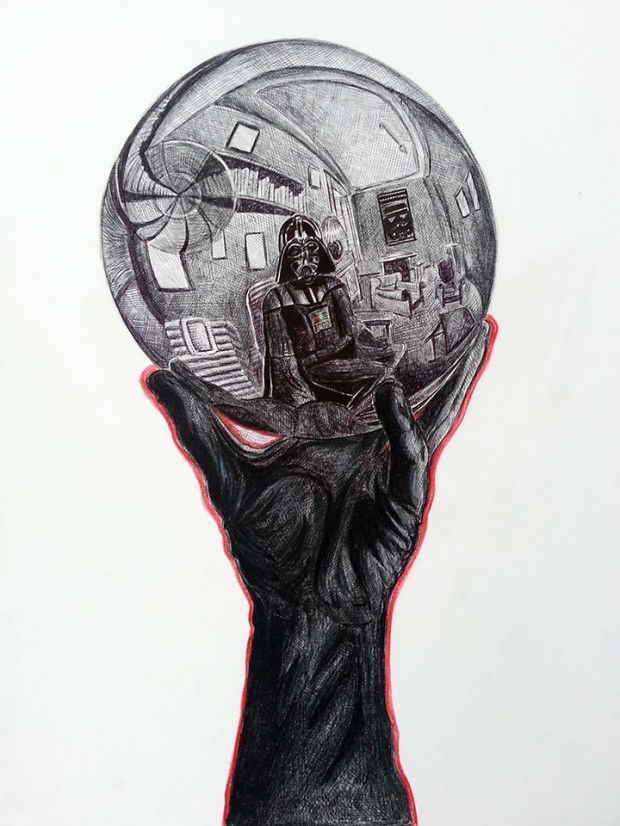 It’s a clever mashup, and one we’d be happy to hang on our wall. Be sure to check out OrangeMonkey92’s YouTube channel and DeviantArt page for more images.