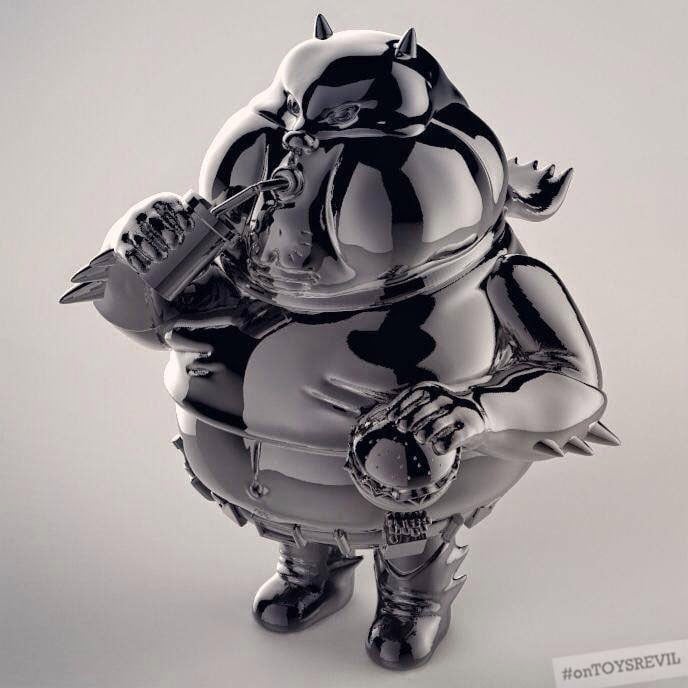 Superheroes need to watch what they eat just as much as us mere mortals. Artist Alex Solis has envisioned what might happen if our favorite heroes stopped hitting the gym and started hitting In ‘N Out Burger instead. Alex originally came up with a series of images called the Famous Chunkies, and has now teamed up with toymaker MightyJaxx to immortalize his fat Batman as a vinyl toy.

Just 100 of the limited-edition toys will be made, and will be shown at the upcoming STGCC 2014 show in Singapore this coming September 6-7. What you’re looking at above is a 3D render of what the toy will look like.

In the mean time, be sure to check out the rest of Alex’ Famous Chunkies series on his website.