The Trail’s End is a terrific short film written and directed by David Rosenbaum. An android receives notice that he will be shut down on the following day, effectively ending his life. But an unexpected encounter may take his last day in a direction he wasn’t expecting. The story of Bonnie & Clyde is retold in a post-modern world.

We really enjoyed this short film. Watch for it coming to a film festival in your area as it makes the rounds. 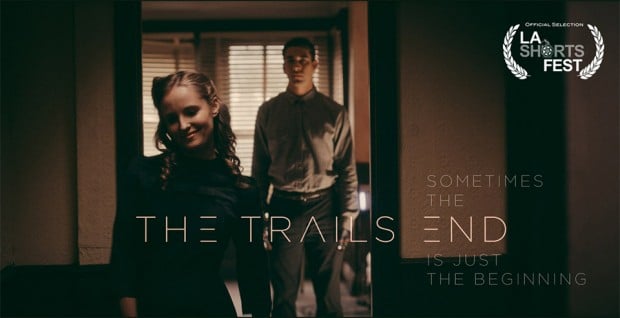 Thanks to Thane for the tip!